The Union for International Cancer Control (UICC) and Pfizer Oncology have announced the names of the organisations to participate in the second phase of the Seeding Progress and Resources for the Cancer Community: Metastatic Breast Cancer Challenge (SPARC MBC Challenge). The twenty organisations selected from 19 countries will benefit from Pfizer grants amounting to US$500,000, to implement projects addressing the specific needs of women with metastatic breast cancer worldwide.

Following the success of the first phase of the SPARC MBC Challenge, this year’s awardees will have the opportunity to benefit from mentorship and best practice sharing from the organisations awarded previously.

The press release from Geneva, Switzerland, explained that this second phase of the SPARC MBC Challenge called for applications, which generated significant interest with 83 submissions from organisations in 42 countries, an increase over the initial phase. Awardees were selected through a competitive application process overseen by an external, multidisciplinary selection committee formed by UICC and chaired by Dr Fatima Cardoso, director of the Breast Unit of the Champalimaud Cancer Center in Lisbon, Portugal.

It further stated that each awardee will receive a grant to initiate projects to close the gap in information, support, awareness and policy between metastatic breast cancer and early disease, as well as help reduce the number of women diagnosed at the metastatic stage of breast cancer.

UICC President, Professor Sanchia Aranda, while appreciating the expansion of this successful initiative, said: “There is an urgent need for greater access to comprehensive breast cancer services and support for women living with metastatic breast cancer, particularly in low- and middle-income countries where the majority of breast cancer cases are diagnosed at advanced stages of the disease. We are glad to support cancer organisations across the globe in initiating and developing projects that will have a real impact in their own settings.”

In addition to the US$500,000 awarded to these 20 organisations, Pfizer Oncology is providing a further US$30,000 to support the continuation of selected ongoing SPARC projects from the first round of grants issued in 2015. This brings Pfizer’s total funding of the initiative to more than US$1.3 Million.

“We’re pleased to continue our partnership with UICC on this initiative that embodies our commitment to the hundreds of thousands of women worldwide who face the challenges of metastatic breast cancer every day, said Liz Barrett, global president and general manager, Pfizer Oncology.

“We believe collaborations like the SPARC MBC Challenge represent an important step toward improving care for people living with metastatic breast cancer around the world, including those in low- and middle-income countries who may not have access to the care and support they need, “he maintained.

Awardees include advocacy groups, hospital networks, support groups and other cancer organisations. Among them is ICANSERVE Foundation in Pasig City, Philippines, whose project will serve to train patient navigators in cities that don’t have any, as well as strengthen their roles in cities; and the Komfo Anokye Teaching Hospital in Kumasi, Ghana, looking at building a community-based structured patient network, navigation and breast health awareness programmes.

Other organisations to receive the grants include:

READ
One in nine deaths due to heart failure-Research

These awardees will have the opportunity to benefit from mentorship and best-practice sharing from the 2015 awardees, including organisations like Instituto Oncoguia, a non-profit organisation, that used their SPARC MBC Challenge grant to launch Network Plus Life (Rede + Vida), bringing together metastatic breast cancer patients from different regions of Brazil for training on how to provide support and information to other metastatic breast cancer patients, as well as the Butaro Cancer Center of Excellence (BCCOE) in Rwanda, which created its first support group for rural women fighting metastatic disease. 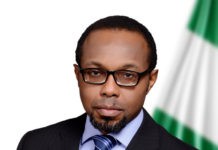