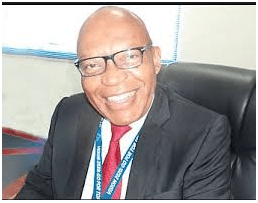 Pharmacist Nnamdi Nathan Okafor is the managing director of May & Baker Nigeria Plc. Born on 11 May, 1961, in the northern city of Kano, where he started his early education, the pharmacist relocated to the eastern part of the country to continue his studies, following the outbreak of the civil war in 1967.

In August 1978, he obtained admission to study Pharmacy at the University of Ife (now Obafemi Awolowo University) and graduated in 1983 with a second class honours (upper division) degree.

Okafor went on to bag a Master of Business Administration (MBA) degree in Marketing from the Enugu State University of Technology in 1998. Two years later, he was amomg the year 2000 AMP 10 graduating class of the prestigious Lagos Business School.

Okafor commenced his pharmaceutical career in October 1985, as a medical representative at May & Baker Nigeria Plc. This was immediately after having completing his National Youth Service and internship programmes at the National Sports Commission Clinic, Surulere, and Railway Health Centre, Ebute Metta, in 1983 and 1984 respectively.

The pharmacist demonstrated such superlative performance in his early years that he became the youngest staff ever to be promoted to an area manager position after just two years as a representative. Continuing with his sterling performance, he won several awards and rose rapidly in the management hierarchy.

On 11 June, 2003, he was appointed to the board of May & Baker Nigeria Plc as executive director (Sales & Marketing). In this capacity, he restructured the local pharma business into what remains today the biggest contributor to the company’s revenue and profit achievements so far.

Again, in January 2006, he was appointed chief operating officer of the company, with the responsibility of championing its diversification into the food business. He was the man behind the “Boom Sha Sha” jingle that thrilled many young Nigerians, following a successful launch of Mimee Instant Noodles into the Nigerian market.

To cap his long and meritorious contributions to the success of the company, Mr Okafor was on 1 February, 2011 named its managing director/chief executive. He has led the company to achieve several distinguishing feats, including the attainment of the World Health Organisation (WHO) current Good Manufacturing Certificate (cGMP) in 2014.

Mr. Okafor is an active member of the National Association of Industrial Pharmacists where he has played many key roles. In recognition of his numerous contributions to the association, he was honoured with the Eminent Persons Award in 2007. He has also been a staunch supporter of the Pharmaceutical Society of Nigeria (PSN)’s activities, both at national and state levels. He has served the Society in different capacities, and in recognition of his contributions he was in November, 2006 decorated as a Fellow of the Society, the highest honour in his profession. In 2015, he was further honoured with the Fellowship of the Nigeria Academy of Pharmacy.