Do you know that the Federal Government, under the President’s Comprehensive Response Plan (PCRP), has announced plans to provide free HIV testing for 80 million Nigerians, aged 15 and above?

According to the president, other aims of the PCRP are the enrolment of an additional 600,000 eligible adults and children into Anti-Retroviral Therapy (ART) and the provision of ART for 244,000 HIV-positive pregnant women. He further added that the plan was also intended to provide access to combination prevention services for 500,000 Most-at-Risk-Populations (MARPS) and four million young persons, as well as activation of 2,000 new Prevention of Mother-To-Child Transmission (PMTCT), in addition to 2,000 ART service delivery points across the country.

The president explained that the plan became necessary after looking at the previous performance of countries in matters relating to HIV/AIDS, noting their shortcomings and deciding what was needed to successfully execute the programme.

“What is even more important is our political will to continue to make a difference in the lives of persons living with HIV/AIDS and to prevent the spread of the scourge,” the President said, adding that “the response to the HIV/AIDS scourge must be designed to enhance human dignity and to protect its victims’ inalienable rights under the rule of law.”

He observed that, despite the proliferation of HIV in Nigeria, significant achievements had been made, although there were still gaps in overall access to HIV/AIDS services.

The African Union (AU) Summit on HIV/AIDS Tuberculosis and Malaria, known as Abuja 12, endorsed the use of DDT (dichlorodiphenyltrichloroethane), an insecticide banned worldwide for several years, as one of the steps to bring malaria under control on the African continent.

Nigeria’s minister of health, Prof. Chukwu, informed the gathering that the World Health Organisation (WHO) had approved the use DDT for indoor purposes in areas where mosquitoes are sensitive to it, but not for agricultural use, as it could harm the environment. He said South Africa, Namibia and Eritrea, among other countries, were already using it.

His South African counterpart blamed the West for being hypocritical, saying when they had need to use something, the thing was deemed good but when it came to Africa, they painted it black. He said: “If we stop using DDT, we are exposing our citizens to death.”

There is a high rate of resistance to most insecticides by mosquitoes, necessitating the call for the reintroduction of DDT. “For malaria, Africa remains the continent most heavily affected, with severe effects on maternal and child health,” Dr. Nkosazana C. DlaminiZuma, Chairperson of the African Union Commission, said.

“Even though malaria is cheaply preventable and curable in Africa, it continues to kill, on the average, a child every 30 seconds! And this is totally unacceptable!

“One of the greatest challenges we need to address is the dependency of many national responses to AIDS, TB and malaria on external financing and foreign-produced medicines.

In the case of HIV, for example, over 60 per cent of continental investment is mobilised externally, over 80 per cent of treatment is imported.

“We therefore need to accelerate the implementation of the earlier ‘Abuja Commitments’, stepping up the mobilisation of domestic resources and strategies for innovative financing to strengthen the health systems,” he said.

The African leaders agreed to create greater access to health, which should include community access to nutrition, information and systems to promote good health, in addition to comprehensive and affordable basic health services.

They also noted that nutrition was of paramount importance because malnutrition, as is the case with many other diseases, would impair the immune system of the victim, thereby exacerbating the health condition.

They further stressed the importance of research towards eliminating HIV/AIDS infections and sexually transmitted infections. 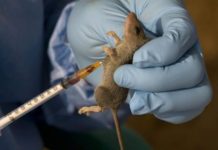