In what many have described as an award well deserved, Alpha Pharmacy, one of the most efficient retail outfits in the country, has been awarded the Most Improved Pharmaceutical Outlet of the Year.

The award is one of the categories in the recently concluded 2019 Nigerian Healthcare Excellence Awards (NHEA) ceremony, held at Eko Hotel and Suites, Victoria Island, Lagos on 21 June 2019.

In attendance were several doctors, hospital administrators, pharmacists, owners of health management organsations (HMOs), captains of industry and stakeholders in the health sector.

“It feels good. We felt honoured and appreciated. However it calls for more energy and work,” he said.

Interestingly, Alpha Pharmacy was also nominated in another category – Pharmaceutical Retail Outlet of The Year category but lost out to HealthPlus Pharmacy who won it for a record fifth time.

According to Dr Anthony Omololu, member, advisory board, NHEA, the 2019 awards received over 6,000 nominations and more than 100,000 votes.

“We have also widen the scope of the NHEA Awards by adding five new categories – three to pharmaceuticals and two to special categories. This is why NHEA remains the biggest and best healthcare award ceremony in Africa.

“Worthy of mention is the personality of Emeritus Professor Oladapo Akinkugbe, one of our recipients in the Lifetime Achievement Award category. He was the first dignitary to arrive at this event by 5.00pm and has shown that he is still a disciplined professor even in his old age,” he declared. 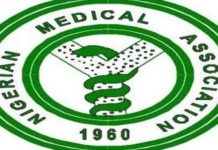 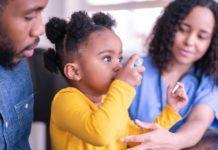 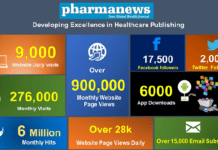 Advertise your Products on Pharmanewsonline for Maximum Exposure