Being the first born among your siblings could place you in a position of opportunity and risk simultaneously. It has been observed that first born children more often than none, are privileged to enjoy the undivided care and love of their parents before the arrival of other children.

However, a new study has found that first born children may have a head start in life, but they are heir to a host of other ailments. They are prey to unhealthy conditions which may curtail their longevity.

The research which listed the likely burdens of first borns to include obesity, raised dietary fat and high blood pressure, suggested that the stress of having to succeed at school, and meet career expectations, may be behind some of their health issues. 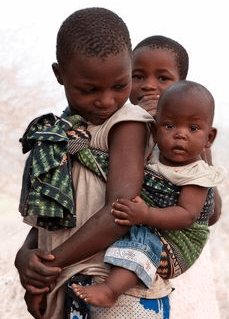 Lead author of the study as published on Daily Mailonline, Professor Sandra Black of the University of Texas at Austin said: ‘Overall, we find that first-borns are less healthy in terms of physical markers such as blood pressure, triglycerides, and indicators of overweight and obesity.

‘For example, compared to fifth-borns, first-borns are about 5 per cent points more likely to be obese and 7 per cent more likely to have high blood pressure. So, unlike education or earnings, there is no clear first-born advantage in health.

‘When we explore possible mechanisms, we find that early maternal investment may play a role in birth order effects on health.’