A new National HIV/AIDS Prevention Plan recently released by the federal government (FG) stipulates mandatory HIV/AIDS test for all intending couples in Nigeria. The Director of Bauchi State Agency for the Control of HIV/AIDS, TB, Leprosy and Malaria, Dr. Yakubu Abubakar, revealed this plan while speaking during the National Prevention Plan Validation meeting held in Abuja on 5 May.

Dr. Abubakar noted that the new plan was pertinent to prevent new HIV infections and curb further spread of the disease in the country. He explained that, from the experiences of the previous plan, it was realised that there were variations from state to state, in terms of prevalence rate, mode of transmission, culture, and general approach to HIV prevention. He added that the participation of the major religions, to ensure that no marriage takes place until a valid HIV test has been undergone and confirmed, is crucial for the new prevention plan.

It must be emphasised that this new plan, like all proactive strategies aimed at curbing the spread of HIV/AIDS in this clime, is a step in the right direction. Ordinarily, intending couples should be willing to submit themselves to all relevant and important medical examinations. It is for their benefit.

For HIV/AIDS, in particular, a recent research published in the Pan African medical journal shows that the disease has become the leading cause of premature death in sub-Saharan Africa and the fourth largest killer worldwide.  Nigeria currently has over 3 million people living with HIV.

The Joint United Nations Programme on HIV/AIDS (UNAIDS) estimated in 2012 that about 2.2 million children in Nigeria have become orphans due to HIV/AIDS, while deaths due to the disease are about 240,000.Mandatory HIV testing before marriage will thus help in our quest to reduce the HIV scourge in the country.

Still, it must be noted that this new prevention plan equally raises some issues that must be adequately addressed to ensure its effectiveness.

First and very important is the issue of stigmatisation of people living with HIV/AIDS. Stigmatisation is still a major challenge in the fight against the epidemic in Nigeria.  It is a major reason so many people are not submitting themselves for voluntary testing.  A situation whereby an HIV positive person is ridiculed and isolated cannot help in our quest to contain the spread of the disease. Not even a compulsory test before marriage can help in tackling the HIV menace, if the fear of stigmatisation still prevails.  Some people can resort to procuring fake test reports to overcome the hurdle.

The way out is to ensure that people living with HIV/AIDS are treated with love and respect in the country. The government can facilitate this by enacting laws to ensure the protection of their rights.

Another important issue is how to ensure proper testing of patients to eliminate errors as much as possible because there have been reported cases of wrong diagnosis, not just for HIV but for other health conditions in our hospitals.  The government must put measures in place to ensure that test results are accurate. In doing this, there is a need to also take cognisance of the window period, during which an infected person may test negative.

Also related to this is the cost of HIV test. To make this plan work, the government must consider making HIV test free in all government hospitals.

It is also necessary that the FG provides adequate support for HIV positive people by way of proper care and management. More people will be encouraged to go for tests and ascertain their HIV status when they are sure of therapeutic support.

Treatment for AIDS is a lifelong issue. Once a patient starts taking the antiretroviral drugs to manage the condition, it is expected to continue for the rest of his/her life. Treatment support for patients is thus very crucial.

Perhaps the most important consideration to make this new prevention plan a success is increasing the awareness of Nigerians about HIV/AIDS. There are still many misconceptions about the condition. The involvement of religious leaders in helping to clear these misconceptions can help, but the religious leaders themselves must be properly orientated and fully involved as partners in this quest. They must be well-informed on the controversies surrounding the disease before they can be used as effective agents of enlightenment and control in the country. 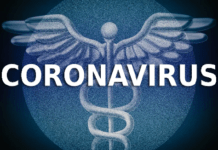 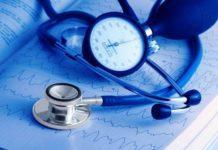 Repositioning the Health Sector in the New Year 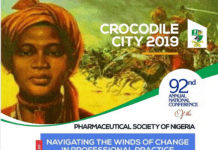