As part of its corporate social responsibility efforts, Dana Drugs Limited has launched a nationwide de-worming programme for school pupils across the six-geopolitical zones of the federation.

The campaign, which is in collaboration with the Ministry of Education and the Ministry of Health, was flagged off in Osun State on 23rd July 2013 by the state commissioner for health, Dr. Temitope Ilori, in company of Dana Drugs chief operating officer, Kishin Murjani. Nine primary schools in Olorunda Local Government Area of the State benefitted from the exercise.

Speaking on the rationale for the exercise, the Dana Drugs chief operating officer said, “Worm infection may be life-threatening and can have a significant negative impact on a child’s cognitive ability and general health. Children who are infected with worms become seriously ill and are less likely to attend school on a regular basis. This is what inspired us to take the de-worming initiative to schools across the country.”

Commenting further, Murjani said, “Prevention, as we all know, is better than cure. This is why we are using this medium to encourage parents, teachers and guardians to teach children to observe good hygiene culture by practising and advocating the washing of hands after visiting the toilets and ensuring that fruits and vegetables are washed before eating.”

According to the World Health Organization (WHO), over 600 million of school-age children worldwide are at risk of infection with intestinal or water-borne worms.  Many of those affected live in low income areas and do not have access to clean water and functional sanitary systems. In Nigeria, 45 per cent of school-age children, totalling nearly 12 million, are estimated to be infected with parasitic worms.

School-based de-worming is apparently a safe, simple and effective solution. With more schools than clinics, and more teachers than health workers, the existing and extensive education infrastructure provides the most efficient way to reach the highest number of school-age children.

Backed by a nationwide network of branches, together with a large fleet of distribution vans, Dana Drugs Limited has established itself as a major player in the pharmaceutical trade with a variety of quality products, which have become brand leaders in their segment today.

Update On Pharmanews For Our Readers and Advertisers 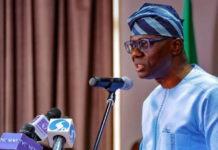