There is hardly a day that passes without a fresh news report about someone somewhere who committed suicide or another who was caught while attempting the act. If the World Health Organisation (WHO)  proclamations can be referred to, that  a suicide death occurs every 40 seconds globally, then before I am through with the third line of this write up maybe no fewer than two people would have committed the act somewhere in the world.

Despite the fact that suicide cases are underreported, about one million suicide deaths occur every year on the average globally, which is estimated to rise to about 1.5 million by year 2020. Going by some of the data revealed by the Suicide Research & Prevention Initiative in Nigeria (SURPIN), Dr Emeka Ogbolu, a consultant Psychiatrist at the Lagos University Teaching Hospital and key stakeholder at SURPIN, has stated that suicide prevalence among young Nigerians within the age bracket of 20 and 39 is around 75. However, even more disturbing besides the suicide act itself is the copycat effect of suicide on its prospective victims.

Contrary to some schools of thought, I do not think its appropriate to criminalise the act itself because, fundamentally, whoever is contemplating committing suicide is not mentally healthy. Simply put, it’s a mental health challenge, and such people need help. However, the approach to curbing this act has rather been more of a kneejack rather than tackling the challenge from the root causes before spiraling into full blown suicide act.

In recent times, the decision of the government has been to ban some products or substances which have been identified as the “go-to” substances, as it were, for a fast ride to the suicide world. But, the question is, would that be a lasting solution to this? Would this scarcity not create a lacuna so strong that another “go-to” substance is discovered to take prospective victims on that suicide journey?

If it becomes commonplace that most suicide victims die by jumping into the water under the third mainland bridge, would the best option be to dry up the water so that whoever is getting suicidal would not jump inside it?

Perhaps one major approach which has helped two countries with a very large population like India and China from a February 7th 2019 report is a combination of suicide prevention activities. These activities are of concern in the article. How can we drastically reduce the figures, as China dropped the suicide rate up  between the 1990s and 2016?

We should get one thing very clear, suicide is a journey most of its victims got into long before they decided to commit the act itself. They had been dying progressively without many noticing. These days, we spend much more time asking Google questions we can even ask one another as an avenue to foster good fellowship.  There are quite a number of cues which are more of redflags that should have been noticed by friends or loved ones around these “prospects” well ahead of time which could have sufficiently aborted the process but the real challenge is that how many out there can suffiently identify these red flags wherever they appear – be it on social media posts, physical appearances or even in the handwriting?

Are there traits in the handwriting of people that are red flags to the propensity of terminating one’s life? Watch out for the next edition, you don’t want to miss the concluding part of this article. Till I come your way next time, always remember that if you must get it right, you must do it the “write” way,  “write” away. 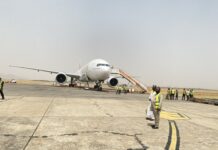 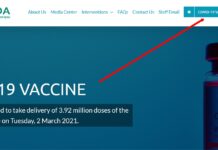 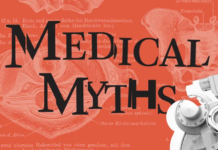