Registrar of the Pharmacists Council of Nigeria (PCN), Pharm. Elijah Mohammed, has charged community pharmacists in the country to embrace the satellite pharmacy concept, describing it as the best for the country, in light of its guarantee of universal access to quality, safe, efficacious and affordable medicines in underserved communities.

Mohammed, who was represented by Pharm. (Mrs) Emily Olalere, zonal director, PCN, gave the charge during the opening ceremony of the 36th Annual National Conference of the Association of Community Pharmacists of Nigeria (ACPN), held at Eliel Centre Limited, Jos, Plateau State, recently.

Speaking at the event, Mohammed noted that the satellite pharmacy concept will, in the long run, not only help to strengthen the structure of drug distribution in the country but also improve and expand service delivery in both the urban and rural areas, as well as restore dignity to the pharmacy profession.

The PCN registrar further disclosed that the initiative will make pharmaceutical services available to underserved areas by putting community pharmacies at their doorsteps, adding that it will help ensure that patent medicines shops are made to offer better services by being overseen by pharmacists, which is a considerable departure from the current state of affairs.

According to him: “The concept has already received governing council’s backing as far back as 2015. So when fully operationalised, it will unlock the huge but untapped human capacity of pharmacists in areas of practice other than community pharmacy, as it has been observed that there is a large pool of pharmacists in academia, regulation, hospital, oil and gas and financial sectors that are not optimally engaged as pharmacists. Hence PCN has seen the need to engage such pharmacists through the satellite pharmacy concept. This approach will unleash both more pharmacists and more premises on the beneficiary communities.”

Mohammed stated that under the satellite pharmacy system, an existing community pharmacy in the urban area can, for example, enter into an agreement with a pharmacist who is employed in the hospital or academia and open a satellite premises in an area where a full-time community pharmacist would ordinarily not have found profitable to operate from.

He added that such satellite premises will bear the name of the community pharmacy in the urban area, but the pharmacist who will run it will also have the chance of investing in it, while having the opportunity of practising there.

“It’s actually a sort of win-win situation as all that is needed is for them to have a workable memorandum of understanding (MOU),” he said.

Lamenting the challenge confronting Nigerians, especially in the area of access to pharmaceutical services, Mohammed disclosed that of the estimated 180 million people in the country, the distribution of pharmacies is acutely skewed in favour of urban areas like Lagos, Abuja, Port Harcourt, Ibadan, Kano, Kaduna, Enugu, Onitsha, leaving smaller cities and the rural areas at a disadvantage.

“As at December 2016, Lagos State had 1,781, Jigawa State had nine, Zamfara State had five, and Katsina State had 11 premises. So, the satellite pharmacy system, when carefully put in place as planned, will improve overall access to quality pharmaceutical services when the various components work in synergy. At the end of the day, the government’s much-needed Universal Health Coverage (UHC) would be very much a reality,” Pharm. Mohammed explained.

Community Pharmacists Should get Paid for Services, not just Drugs – Okotie 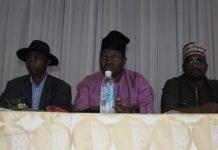 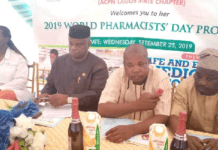