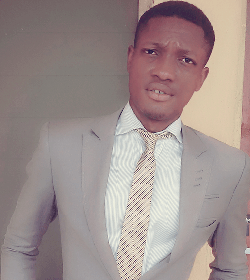 Vitalis Arinzechukwu Nwatu is president of the Pharmaceutical Association of Nigeria Students (PANS), Madonna University, Elele, Rivers State. In this interview with Pharmanews, the 500 Level pharmacy student discussed the peculiarities of studying in a private institution in Nigeria, the achievements of his administration and ways to improve pharmacy education in Nigeria. Excerpts:

Looking back at your childhood aspirations, would you say studying Pharmacy has been a good decision for you?

Yes, studying Pharmacy has been a good decision for me. Growing up, I had always wanted to study a physical sciences course. However, with the help of my family and friends who gave me some convincing reasons why they think it a health-related course is good, I chose to study Pharmacy.

Another source of inspiration and motivation for me was Prof. (Mrs) Dora Akunyili of blessed memory. She was my role model, who inspired me to aspire to be a 7-star pharmacist.

What prompted your decision to study in a private institution as against a public one?

When I was leaving secondary school, I wanted an institution that would be free of incessant strikes, a university whose students graduated in record time, as well as where students would be equipped both academically and morally. I had always believed I could get this from a good private university, especially as studying pharmacy requires having good morals to practice efficiently and effectively.

This is not to say that public universities are not good. They also produce good scholars but I prefer private especially because of the reduction in strikes.

Tell us some of your achievements and challenges since you became president of PANS, Madonna University.

To the glory of God, with the support of the faculty and the university, PANS, Madonna University, was able to organise a health programme themed: “Free malaria and worms, free a man.” It was an awareness and public enlightenment initiative on public health.

A football league programme themed: “Dispensers League” was also organised and it was a success. We equally organised a programme to advocate and foster unity, oneness, and togetherness among pharmacy students, which is my primary aim as a servant leader with the help of the PANS national president, Comrade Alo Setofunmi.

We are now planning to organise a health symposium that will target both students of pharmacy and students from other health-related courses.

What is your assessment of pharmacy education in Madonna University?

Studying Pharmacy in Madonna University is the best thing that can happen to any human being. The school was founded by the admirable Rev. Fr. Prof. E. M. P. Edeh (CSSP, OFR) in a bid to salvage the gross decay in university education, especially that of pharmacy education. The founder sought to combine provision of holistic education in the school of pharmacy, through the distinguished leadership and effort of the founding dean, Prof. P. I. Akubue, who helped to build an enviable school of pharmacy that has empowered students, not only in formal education but also in sound morals necessary to be a well-trained 7-star pharmacist. This is why Madonna is called “An institution with a difference. The school has what it takes to mould students in all aspects of Pharmacy in order to practise with confidence.

What is your general view of the current state of pharmacy education in Nigeria and what do you think government can do to improve the situation?

In the last four decades we have witnessed development in pharmacy education in Nigeria. The paradigm shift in the role of the pharmacist from a product-oriented practitioner to a patient-oriented one requires that the overall education of pharmacists be reorganised to meet the increasing changing roles. This I must say is a great improvement but we can do better than that if we join hands as men of honor and take pharmacy education in Nigeria to a greater height.

What aspects of pharmacy education do you want the leadership of PSN and other stakeholders to address urgently and why?

Part of the reason for this increase in ethics violations today is that information is so quickly and readily available. We have stories about pharmacists who bend the rules. Things like, selling a little too much terpin hydrate with codeine; scrapping the word “sample” off birth control packages and selling them; dropping pills on the floor and invoking the five seconds rule; selling syringes against our better judgment to avoid a hassle; moving “important” customers to the front of the line; allowing unauthorised practitioners to write prescription for themselves or their family members for drugs that are not within their scope of practice etc. You will agree with me that all these are ethically wrong and our leaders should help end it.

When you finish from pharmacy school, which area of practice in pharmacy would you consider and why?

There is no area that would be a problem for me, but I would like to join my colleagues in the academia or the administrative pharmacists. This is to enable me contribute to restoring the lost glories of the profession.

Where do you see PANS in Madonna University by the time you will be leaving office as the president?