The Minister of Health, Professor Isaac Adewole, has disclosed that the Federal government has released the sum of 420 million Naira each to every state, for the revamping of their primary healthcare facilities.

Professor Adewole , who  was on a two-day working visit to the University College Hospital, Ibadan , at the weekend, said it is part of efforts to reverse and stop medical tourism in Nigeria.

The minister said that the hospital was one of the seven health facilities chosen for comprehensive upgrade. He added that the 60-year-old institution must be assisted to continue to provide leadership in quality healthcare delivery.

According to a  Channels TV report, Professor Adewole has directed that henceforth, critical care and emergencies must be attended to promptly, without any demand for money until the patients were out of danger in any federal hospital across Nigeria.

He said that intense deliberations were ongoing between the Federal Government and all stakeholders on ways of curbing industrial action in the health sector.

The Chief Medical Director of UCH, Professor Temitope Alonge, in his remarks described the visit as a crucial one that would go a long way in assisting the hospital for better efficiency. 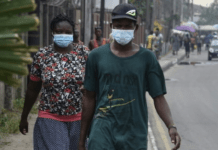