Honey is a sweet liquid made by bees, using the nectar from flowers. According to modern scientific view, the best bee’s honey is made by Apis mellifera (Family: Apidae). Honey is called zuma in Hausa, mmanu anu in Igbo and oyin in Yoruba.

Honey has a very complex chemical composition that varies according to the botanical source. Honey comes packed with vitamins (such as pyridoxine, riboflavin and niacin), amino acids, trace enzymes, and many important minerals, such as calcium, iron, magnesium, potassium, sodium chlorine, copper, zinc, iodine  and phosphate. Due to its pH ranging from 3.2 and 4.5, it is acidic in nature.

Flavonoids and polyphenols, which act as antioxidants, are two main bioactive molecules present in honey. Honey has high levels of monosaccharides, fructose and glucose, and it contains about 70 to 80 percent sugar, which provides its sweetness. It has been valued as a natural sweetener, long before sugar became widely available in the 16th century.

Honey can be added to tea, coffee, milk, breakfast cereal, snacks or various dessert recipes, as a sweetener or topping.

Honey has a long history as a natural medicine. It is used to treat ailments of the internal organs and the skin. The ingredients of honey have been reported to exert antioxidant, antimicrobial, anti-inflammatory, antiproliferative, anticancer, and antimetastatic effects; thus its potential therapeutic role in the treatment of diseases.

Many evidences, according to modern literature, suggest the use of honey in the control and treatment of wounds, diabetes mellitus, cancer, asthma, and also cardiovascular, neurological, and gastrointestinal diseases, like ulcers, constipation and nausea. It is known for its effectiveness in instantly boosting the performance and endurance of athletes, as well reducing muscle fatigue. Honey releases the sleep-promoting chemicals in the body, thereby relieving insomnia.

Honey’s wound-healing properties are among its most impressive medicinal qualities. Honey heals superficial burns. Honey helps to heal wounds by providing a protective barrier against germs, naturally absorbing fluids in wounds, helping to prevent the growth of bacteria and fungi. The enzyme in raw honey, glucose oxidase, reacts with body fluids to produce hydrogen peroxide, which acts as a mild antiseptic.

Also, the presence of a bacteria-killing agent, called inhibine, helps to keep open wounds sterile and prevents further infections, gangrene and other complications. Some studies have revealed that Manuka honey may even be effective in the treatment of MRSA infections.

Honey acts as a demulcent and soothes the throat, relieving it from pain and irritation and suppressing cough in less time than other cough syrups. As honey is rich in anti-oxidants, it gives proper nutrition to brain cells and keeps it in an optimal state, keeping the memory sharper as one ages.

Honey helps to relieve hangover by speeding up the liver for the faster oxidation of alcohol. The International Journal of Food Sciences and Nutrition, in an edition, stated that honey promotes healthy heart by improving blood circulation and preventing clogging of the arteries.

Honey may contain botulinum endospores that cause infant botulism in very young children, a rare but serious type of food poisoning that can result in paralysis.

A Nigerian study indicated that honey production is very profitable with a gross income of ₦890 per litre (US $7) and ₦4888 per man-day (US $ 41) on average. Econometric analysis shows that number of hives, labour and fixed assets have significant impact on honey output. Opportunities abound for unemployed graduates and people in rural areas in beekeeping as a source of livelihood. 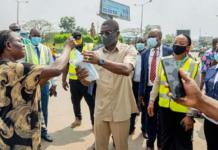 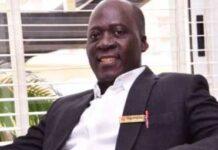