The Association of Hospital and Administrative Pharmacists of Nigeria (AHAPN) has raised an objection to the proposed plan by the Federal Government to exclusively place medical graduates centrally, for the compulsory one year housemanship programme, thereby excluding other graduates from related health disciplines like pharmacy, medical laboratory sciences and others.
The hospital pharmacists, who expressed their utter disappointment in the recent disclosure of the development, credited to the Honourable Minister of Health, Professor Isaac Adewole, said such statement is irrelevant for now, as the leadership of PSN and NMA are trying to bring about peaceful relationship among healthcare practitioners, adding that “nothing must be done to break the fragile peace in the sector or throw the sector into another round of endless strikes with dire and unpleasant consequences for Nigerian patients.”
In a press release jointly signed by AHAPN National Chairman Pharm. Martins Oyewole and National Secretary Pharm. Jelili Kilani, the association expressed her grievances towards the plan.”We are not only disappointed at the action of the honourable minister, but we are actually at a loss as to what the minister’s real intentions are. Is he truly the minister for all players in the healthcare sector or is he a minister for the affairs of Medical Doctors only?
The statement noted:” Coming at a time when both the Pharmaceutical Society of Nigeria (PSN) and the Nigerian Medical Association (NMA) have been holding series of parleys on how to move the healthcare sector in Nigeria forward, we want to state without equivocation that this latest decision of the minister has just drawn the healthcare sector in Nigeria backward by at least ten years.
The Minister is simply telling pharmacy graduates, medical laboratory scientists and all others that they are not important, not recognized, not reckoned with him, the scheme of things in the sector. He is indirectly saying that only medical graduates matter to him and the federal government, which is not much different from the stand of the NMA until recently. Nowhere else in the world does this kind of segregation and wanton display of bias on the part of a government against its citizens take place.”

“Interestingly and ironically, we are aware that a proposal was submitted to the Federal Ministry of Health, on how the Federal Government can overcome the perennial problem of placement of pharmacy graduates and other interns, by placing them centrally,through the regulatory bodies, in our case, the Pharmacists Council of Nigeria (PCN). Only for the honourable minister to turn around and use the said document exclusively to the advantage of medical graduates and exclusion of all others”. It stated.

The release further emphasized that Pharmacists have always been law abiding citizens, “but we make bold to assert that the Honourable Minister of Health has pushed us to the limit by his action; hence we are forced to react accordingly. At an emergency meeting of the National Executive Committee (NEC) of AHAPN, the Council decided as follows:

“NEC is of the conviction that what is good for the goose is good for the gander and as such, the federal government should put machinery in motion to coordinate internship positions for all health inclined graduates centrally like they have just done for medical graduates.

“NEC calls on the Honourable Minister of Health to realize that he is supposed to be a father to all players in the healthcare sector and not only for medical doctors, in line with international best practice.

“NEC commends the federal government for efforts they have made so far to ameliorate the sufferings of Nigerians occasioned by the economic recession, and is hereby urging the government to urgently and dispassionately look into the issues raised in this petition, if for nothing, for continued peace and tranquility in the nation’s health sector.” 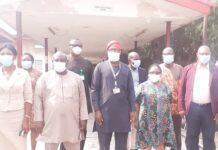 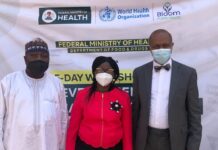 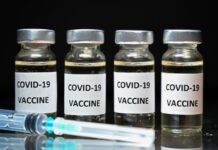