Criticism can be an encouragement to make one perform better. Each time I write an article, I give it to my editors to go through and point out any areas of improvement. In this way, we obtain a more acceptable version as iron sharpens iron. A crucial aspect of our editorial work in Pharmanews involves searching for errors in manuscripts and correcting them. This process is constructive and aimed at building up.

Criticism is a form of counselling. Proverbs 15:22 says, “Without counsel purposes are disappointed: but in the multitude of counsellors they are established.” You must welcome the opinions and advice of people who sincerely wish you well and desire your progress. They are your encouragers.

I vividly remember how I went to Prince Julius Adelusi-Adeluyi (popularly called Juli) when I was about to start Pharmanews in 1979. I presented my vision and plans to him and we shared the ideas concerning the house colour, frequency, target audience, circulation and so on. With that encouragement I boldly started working on the maiden edition, which was published in May.

I believe that someone who wants to venture into any form of business should seek the counsel of the people they trust. Many businesses have failed because the owners obtained wrong advice from untrustworthy people. What advice do you expect from a person without integrity and doing crooked and corrupt business? He can offer only what he has.

Sometimes certain criticisms come with the intention of discouraging and preventing you from moving ahead. This form of criticism can be quite damaging. You need the wisdom of God to identify sources of such negative criticisms. This is because they could come from your close relations and friends who pretend to love you. But their hearts are full of envy, bitterness and wickedness. Ask God for the spirit of discernment.

The workplace is full of colleagues who may be envious of your progress and promotion. Be vigilant. They are waiting for the opportunity to pull you down. Their comments on your performance may be just clandestine destructive criticisms. Their prayer and hope is that you will hit the rocks one day. Therefore, wisdom demands that you dine with them with the proverbial long spoon.

READ
Is Your Work Important To You?

When the maiden edition of Pharmanews eventually got published in May 1979, many colleagues hailed and received it with excitement. But some openly criticised the idea and vehemently opposed it. The attack from some close quarters was so harsh and scathing that I had to withdraw from certain professional activities and just coast along while concentrating on my life purpose.

I literally converted all the ranting and harangue to potential and kinetic energy for my work. I so concentrated on my work that I became deaf to distractions. I was able to classify people around me as friends and unfriendly friends, without bitterness to anyone. I was not bitter because I was convinced that they did not know what they were doing. They were ignorant of what God had asked me to do, and listening to them meant disobeying God.

My friend, count it all joy when you are criticised, even negatively. See negative critics as people kicking you from your back with the intention of making you fall.  Thank God that you are in front and they are behind you.

Do you know that sticks and stones are only thrown at only fruit-bearing trees? If you see children throwing stones at a mango tree, there must be mangoes on the tree. If you are not trying to accomplish something significant, nobody will criticise you.

Don’t give your precious time to negative opinions. Those who criticise successful people are failures themselves. They are not interested in solving problems and never offer better solutions. Their desire is to cause you distraction and make you fail in your endeavour. Don’t argue with them because you can never win; instead you fall into their trap. It is better to ignore them and concentrate on your assignment. Spend your time and energy on your task. When you eventually succeed they will join you in your time of glory.

Dale Carnegie said, “Any fool can criticise, condemn, and complain but it takes character and self-control to be understanding and forgiving.” Critics may frustrate and destroy you if you are not walking with the Spirit, obeying and pleasing God. But as long as you are on the right path, critics may gather in one direction against you but they will scatter in seven directions. The plans they are hatching against you will never succeed because you are fulfilling your purpose and serving God. 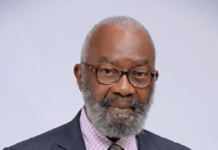