Pharm. (Elder) Nduka Ekeghe is not just a veteran in the pharmacy profession but one who is a quintessential example of how divine favour and personal integrity can bless and elevate a man beyond his imaginations. In this interview with Pharmanews, the 71-year-old indigene of Ohafia Local Government of Abia State 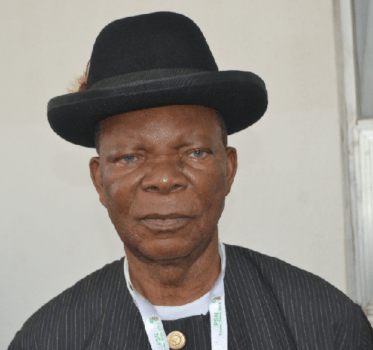 reveals the circumstances that led him into Pharmacy and why he never had to apply for a job all his life. Excerpts:

Tell us about your early years

I attended Methodist Boys High School, one of the prime schools in Oron, Akwa Ibom State, and finished in 1962. In those days, you couldn’t proceed to a higher institution without your ‘A’ Levels. Because we were the first set of people in the sciences, it was quite difficult for many of us to achieve three ‘A’ Levels. So, I went to Federal Emergency Science School, Onikan, so as to get the remaining results. There they concentrated more on Mathematics, Biology, Chemistry and Physics. I enrolled for those four subjects and eventually passed them.

I remember applying as a teacher with my ‘A’ levels in one school back then. It was the period when hatred for the Igbo race had just started. It reached a climax when the pronouncement for our people to return home came up; I was already processing admission at University of Nigeria (UNN), Nsukka. It was at the school I first heard of people volunteering to join the Biafran army after the drum of war was beaten. The first call was for those who had finished from universities and other higher places of learning to join the army. I also joined others to apply but we were never called. So, instead of waiting to be called, people from University of Nigeria (UNN) in Nsukka started applying in person.

Why would somebody eager for university admission suddenly choose to join the army?

Prior to that time, I had suffered a brutal humiliation from some federal soldiers (attached to the 17th Battalion) in Lagos while relocating to the East. One of them forcefully hit me on the head with the butt of his gun due to the widespread discrimination that preceded the Civil War. I nearly slapped him in retaliation not minding the gun he was carrying. I don’t understand why anybody would resort to doing that, especially after showing evidence that we were students of a federal institution.

Did you eventually return to complete your academics?

Yes, although shortly after the war, I had to skip one year before I could actually commence my academics in Nsukka. I officially started the course in 1971, instead of 1970, owing to my post-war trauma. I always lost control of my temper at every sign of provocation and started shaking.

Indeed. After the declaration and terms of surrender had been resolved on both sides, I had bullet wounds all over me and was forced to be admitted into a general hospital. It was a period in which I was determined not to let go of my gun, due to my war experience on the field. I kept screaming, “What if the enemy (federal troops) shows up at the hospital?”

The officials didn’t dispute further because they understood that I was under the impression that the war was still on. They asked me to relax and injected me with what I later discovered to be a tranquillizer. That was the only time they managed to disarm and demobilise me.

At that point, my health deteriorated. I couldn’t even pick a pin with my right hand. My father came to see me at the general hospital and screamed after seeing my condition. He spent time with me and even taught me how to pick up my pills, press it to the wall and use the other hand to open it. But I thank God for everything.

Let’s return to your academics. Was Pharmacy the first choice on your mind?

No, I actually applied for Medicine but wasn’t successful. I was admitted into the university because they knew about my war heroics. However, I was directed to a take preliminary programme with my ‘A’ Levels to be well prepared. They confessed that they knew I was on a direct admission, but because of my present condition, it would be difficult for me to commence 100 level like that.

After taking the prelim, I had the option to choose between Pharmacy and Medicine. After making several enquiries, I settled for Pharmacy because I had wasted a lot of time. I also knew that, with Pharmacy, you could start your career once you got your first degree; but with Medicine, you had just started.

Can one then conclude that you were influenced into studying Pharmacy?

No, I wasn’t influenced to study Pharmacy. I only made my decision after making enquiries from other people in the know. It was also as a result of my background as I explained earlier. At the end of the day, I achieved my ultimate aim which was to finish from Nsukka (UNN) in 1976.

What was your post-NYSC and first work experience like?

We were actually the fifth set to finish at Nsukka. In fact, before the final examinations, I had already started giving out my address in Enugu to people. After obtaining my degree, I was employed without any application, without even any effort. I was deployed from my NYSC and got posted to Kano Central Hospital.

At that time, Kano had the highest number of hospitals. I couldn’t do my primary assignment because pharmacists were desperately needed. So they took us straight to the hospitals. However instead of posting me to work in a hospital, the ministry of health posted me to Kano International Airport to be the chief inspector of pharmaceuticals without any previous knowledge of what was to be done there. But I was taught at the Inspectorate of Drugs in Kano Airport.

I didn’t know it was such a big work. I didn’t even spend up to one month before they told me that I was to start inspecting pharmaceuticals. For somebody who had just finished his NYSC, where they were ordered to “do this, do that,” it was unexpected.

That was in1979 when I met Sir Ifeanyi Atueyi. He told me he wanted to start a company (Pharmanews Limited) and suggested working together. I think he was then a manager at Briscoe Pharmaceuticals.

Did you take up Atueyi’s offer?

No.  I explained to him that I was still working in a company and could not leave my present employment. In fact, it was shortly before my encounter with Atueyi that I was employed by one of the biggest importing companies then – Major & Co (West Africa) Limited.

By the way, how did I start working there? I didn’t even know anybody. The manager who approached me said I was very honest and never demanded money while running operation at Kano Airport before stamping their document. I was surprised. I didn’t know, since I was not corrupt. After I finished my usual stamping, the Major & Co manager came and said, “Look, I am going to make you work with me!” He even insisted that I must start as a manager, not as a rep.

The interesting part of my life is that I never looked for job nor applied for one. I remember that I was still at Major & Co when Atueyi came with the proposal of starting the publication. He wanted me to co-own the business, not to work for him. That publication is the Pharmanews we are seeing today.

I was not prepared for the Pharmanews offer. I was in a company which brought me out from a federal ministry job. It was from that work they saw the same honesty that landed me the job. I don’t know whether it was because I was a clerk that made me stand out. While working there, they gave me a house, a car with a driver, and even doubled the salary I earned at Ministry of Health. But thank God I made an input into the organisation.

How did Atueyi take the rejection?

Oh, Atueyi didn’t feel bad about it. He took it well. He knew I said it with sincerity and honesty. I told him that I was the only pharmacist at Major & Co and had just joined them. I pleaded with him to let me have the experience. He was still working then, too. Atueyi had graduated many years before then and even became a manager before I started my NYSC. Anyway, it was how God wanted it.

Can we categorically say you got your self-discipline and honesty from the war experience?

No, definitely not. I had always been like that. Even way back in school, I was a leader in Students Christian Movement (SCM). Right there, we had a lot of influence. I was taught good things about what it means to love God the creator and my neighbours.

I was an ambassador right from Methodist Boys High School when we were moving inside the creeks preaching the gospel. We went about in boats and never nursed fear of the boat capsizing one day. How can such thought even cross your mind when God is leading you?

All these things take strong faith and integrity. I can confidently say it paid off when you consider what God has done for me throughout the years. It was marvellous! Imagine how I survived the Civil War by walking through a minefield. People that heard that I passed through that heavily mined field without being killed didn’t believe it. I know it could only be God. All these things were documented in my thanksgiving memoir.

When was your company, Kerson Pharmacy, formed?

I started it in 1983, after it was incorporated. It was doing very well. Not long after, God gave me import licence. If you see Philip Emafo, ask him. He knows my name. In fact, Emafo signed N50,000 to Kerson Pharmacy when he was still the Chief Pharmacist of the Federation.

What is your advice to young pharmacists looking up to you?

One of the major problems we have with them (young pharmacists) is that they start fronting for quacks right before graduation. That is how many of them get involved in this practice of ‘Register & Go’ for these quacks. You will never see them unless they are coming for renewal. I will advise them to place the love of God first before the love of money.