The Association of Community Pharmacists of Nigeria ACPN, Lagos State Chapter has called on the Federal Government to as a matter of necessity begin the implementation of the National Drug Distribution Guideline (NDDG), without further postponement, saying prompt implementation will help tackle the chaotic drug distribution that is rampant in the country and safeguard the health of the nation.

The chairman of the association, Pharm. (Mrs.) Biola Paul-Ozieh, made the appeal during the 2017 Community Pharmacists Day, which was part of the programmes for this year Pharmacy Week held recently by the Association of Community Pharmacists of Nigeria (ACPN), Lagos State Chapter at Oba Ayangburen Palace, Ikorodu Lagos. 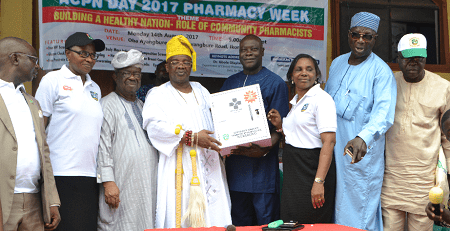 According to the number one community pharmacist in the state, it is high time the government and various regulatory agencies partnered community pharmacists in stemming the tide of drug abuse in the country, adding that drug abuse and misuse is currently a burning issue amongst youths who are the most vulnerable and if care is not taken, it may become a major challenge for the nation.

Speaking further, Paul-Ozieh who advised the public to patronize only the registered pharmacies who have pharmacy neon signs emblem in front of their premises, however lamented that the recent announcement by the health minister, Prof. Isaac Adewole on the postponement of the closure of the Open Drug Markets is definitely not in public health interest and is not acceptable to the association.

“We also like to reiterate to the federal government the importance of reconstituting the board of the Pharmacists Council of Nigeria (PCN), so that the board can provide the necessary oversight function, and also, the appointment of a new director general of National Agency for Food, Administration and Control (NAFDAC), is also long overdue and the federal government should go ahead to appoint a suitable pharmacist for that key regulatory office.”

In his keynote address titled “Building a Healthy Nation: Role of Community Pharmacists, the speaker, Dr. Gbola Olayiwola, head, Dept of Clinical Pharmacy and Administration, Obafemi Awolowo University, Ile-Ife, Osun State, described the community pharmacists as closest health care providers, adding that the practitioners are well positioned to contribute to the reduction of non-communicable and communicable diseases in the society.

According to him, the theme for the programme is apt as it further portrayed the community pharmacists as nation builders, adding that the emerging role of community pharmacists has gone beyond taken care of drug needs of people pharmaceutical care, drug advice, counselling and health monitoring.

“A Pharmacist are not set up to be millionaires or multi-millionaires, but they are wired to be comfortable with the little they are getting, and that is why their service is being appreciated by the community where they practice. Meanwhile, part of their roles is that they provide information as far as drugs is concerned, so they are drug experts, so my advice to Nigerians is that they should be well enlightened and informed about whom a pharmacist is and they should ensure they source their medications from genuine source always.

A major highpoint of the event was the free counselling and screening on HIV, blood sugar, blood pressure, breast cancer, cervical cancer, prostrate cancer, dental check and tuberculosis offered to the people of Ikorodu community and its environs. 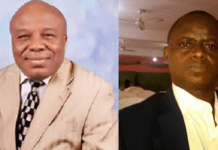 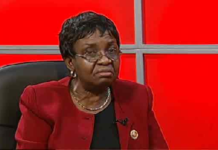 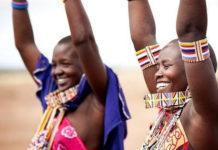