How you answer this question determines, to a large extent, prospects and success in your occupational endeavours. It determines how your subordinates, associates and superiors see and value you. It determines your fulfilment and satisfaction at the work, as well as your self-image. 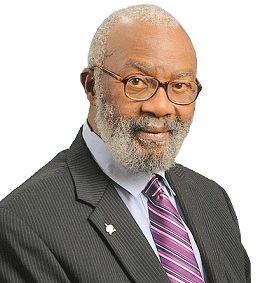 A story has been told about the attitudes of some three bricklayers. When asked, “What are you doing? the first bricklayer replied, “Laying brick.” The second answered, “I am making my daily N2000.” But the third said, “I am building the world’s greatest cathedral.” Obviously, the first two bricklayers lacked vision and respect for their job. They lacked what would enable them excel and record success.

Some workers think like those bricklayers. This why they never prosper in their jobs. They never see themselves moving up in their careers and becoming known as experts, specialists or consultants.

The way you think about your job tells a lot about you and your potential for higher responsibilities. Some workers dissociate themselves emotionally and spiritually from the business of the company. They always say “they” and never “we” to matters affecting the company. They do not demonstrate a sense of belonging.

If you think your present job is important, you put your mind and enthusiasm into it and, thus, open yourself to greater opportunities. The Bible says, “As a man thinketh in his heart, so is he…” (Proverbs 23:7). Your thought power directs you to become what you are. If you think you are weak, you are headed to weakness and mediocrity. Therefore, why not think, “My work is important.  I am an important person.” Thinking this way will lead you to success. Your actions are controlled by your thoughts. And people judge your abilities by your actions.

In times of recession, employers lay off some of their staff, but they are careful not to lose their valuable staff, who respect and love their jobs and show it openly because such ones are productive.  They are the ones who are concerned with the welfare of the company and proffer suggestions on how to improve the business. They are the ones who do not cause problems.

On the other hand, those that have negative attitude do not commit themselves to the work. They come late to work and leave before the closing time. They seek opportunity to chat with fellow workers and spend time on social media. They are the ones who are often absent for sickness or taking care of their personal matters.

The way we think about our work often influences the attitude of our subordinates. Many years ago, I was familiar with a company where the general manager grossly misused the company’s property. Apart from fiddling with cash, he carried some furniture and equipment and converted them for personal use in his house. He used the company staff to work in his house during office hours.

That manager was feared but not respected by the staff. The result of his influence was that some staff became  unfaithful and dishonest. Some forged receipts for expenses; others stole materials like paper and sales stock of their products with the connivance of the security officers.  They worked as if stealing was a part of the culture of the company. 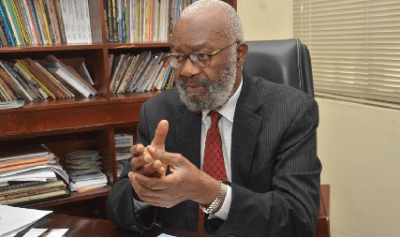 Of course, that company could not live long. Generally, workers imitate their bosses. Where managers have negative attitude to their jobs, how can they expect their subordinates to act otherwise?

If you believe that your work is important then you must look important yourself.  How you look on the outside affects how you think and feel on the outside. Your appearance talks to you;  but it also talks to others. It helps determine what others think of you. People evaluate you on the basis of your appearance. It is the first basis for assessing you. First impression matters and lasts. It has been said that you are addressed the way you dress. Your comportment is also important.

I once had an appointment with a company manager I had not met before but only exchanged a few phone calls. On getting to the premises, the gateman asked me to wait. Within a few minutes someone walked from the office building towards the gate and welcomed me. The small stature of that Chinese, coupled with the way he casually dressed, made me assume that his boss had asked him to bring me in.

READ
Maximise Your Talents and Gifts

We entered the office block, passed the reception, the office of the personal secretary and then into an executive office. He sat down and signalled to me to have my chair. It was then I realised he was the person I had come to discuss with. He personally came to the gate because of the respect he had for me. But his humility, dressing and small stature caused me the confusion. That meeting failed to give me the expected result. In the first place, when he greeted me at the gate I did not respond with expected excitement of meeting him for the first time. That visit taught me some lessons on interpersonal relationship.

All content on this website (including text, graphics and pictures) is the property of Pharmanews Limited and protected by local and international copyright laws. No part of the content can be copied without due acknowledgement of www.pharmanewsonline.com as the by-line of the story.
Contact us: info@pharmanewsonline.com
Follow us on Facebook
Information
© 2020, Pharmanews Limited. All rights reserved.
wpDiscuz
3
0
Would love your thoughts, please comment.x
()
x
| Reply
MORE STORIES

What do you Understand by Adrenergic Receptor Activation?