Juhel Nigeria Limited, an Enugu based Nigeria leading pharmaceutical manufacturer in collaboration with the United States Pharmacopeia (USP), and United States Agency for International Development (USAID) has introduced its own brand of maternal medicines- Magnesium sulphate and Oxytocin injection, saying the drugs have the capacity to reduce after-birth bleeding and maternal deaths, estimated at 58,000 each year.

Speaking at the press conference organised at Sheraton Hotel, Lagos, the Chief Executive Officer (CEO), Juhel Nigeria Limited, Dr Ifeanyi  Okoye, noted that it is worrisome that Nigeria within the last decade, has assumed the unenviable position of being the country with the fourth highest maternal death rate in the World, accounting for 19 percent of 830 global maternal deaths, daily.

Speaking further, the Juhel boss disclosed that post-partum hemorrhage (PPH), or excessive bleeding after childbirth, is one of the major complications of childbirth, saying it accounts for 20 to 30 percent of all maternal deaths.

He, however, regretted that despite the fact that post-partum haemorrhage is both treatable and preventable with the use of Oxytocin injection, he said a study conducted by the USAID, USP, and National Agency for Food, Drugs Administration and Control (NAFDAC) in 2016, indicated that 74.2 percent of Oxytocin in circulation failed quality laboratory evaluation.

According to him, out of every four imported brands, three were fake, adding that the high rate of sub-standardization was as a result of the imported brands not having the right or stated amount of Active Pharmaceutical Ingredient (API) or transported and distributed under unfavourable  conditions.

He said: “Some of the imported brands, over time, cannot have their quality sustained because Oxytocin injection, which must be stored between two and eight degrees celsius, may be exposed to negative conditions at the point of entry. Also, lack of manpower by exporting companies to monitor post sales activities can only ensure the gradual loss of potency and degradation,” he said.

He pledged Juhel’s preparedness to check the faking of its products which he said was the first Oxytocin injection manufactured in Africa, saying the company has in place criteria for supplying to teaching hospitals and distributors, adding that one of the criteria is that there must be storage facility and chillers that meet international standards.

While assuring clients on the firm’s ability to meet local demand, Okoye said the production plant capacity can meet demand in Nigeria and the Sub-Saharan African region, while processes have been put in place to checking counterfeiting or activities that may reduce the potency of the medicine.

Also speaking at the unveiling, the President, Manufacturers’ Association of Nigeria, (MAN), Dr Frank Jacobs commended Juhel Nigeria Limited for investing in a manufacturing plant for the production of maternal commodities and medicine such as magnesium sulphate and oxytocin injection, stating that the new plant will further aid backward integration of medicines that were hitherto imported into the country.

He noted that since the efficacy of much-imported oxytocin is not guaranteed, as revealed by the research conducted by several development and regulatory agencies, producing oxytocin injection locally, is a laudable feat. He added that the development will aid foreign exchange conservation, improve the accessibility of the medicine to many Nigerians in terms of price and location as well as guarantee the potency of the medicine, considering the environmental conditions in which the products will be manufactured.

In his goodwill message to Juhel Nigeria Limited, the Minister of Health, Prof. Isaac Adewole commended Juhel for the investments, noting that such efforts will further promote national development.

The minister who was represented by Dr Adebimpe Adebiyi, a director in the ministry, however, said that the importation of oxytocin would not be completely eradicated for now due to the policy of trade liberalization, but however said that in order to ensure affordability and quality of the drug, lesser volume of the product will be imported and with time, we will begin to export to other African countries as we have the capacity to produce more than we can use, the minister said.

Speaking in the same vein, the Chairman, Pharmaceutical Manufacturers Group of the Manufacturers Association of Nigeria (PMG-MAN), Pharm.  Okey Akpa, while applauding the feat achieved by Juhel, however, urged for the right policies and support to encourage investments in the nation’s pharmaceutical sector.

He noted that the success recorded by Juhel underscored the mission and vision of the association,  which is geared towards products security, saying the country can no longer depend on foreign import because all that it needs is right support and policy to achieve drug security. 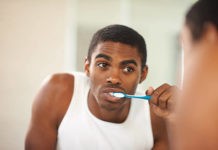 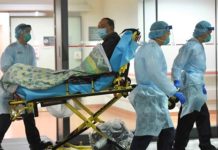 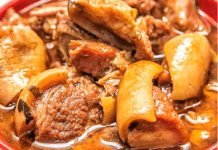 Why are Nigerians Cooking with Paracetamol?