WHO’s World Malaria Report 2016 reveals that children and pregnant women in sub-Saharan Africa have greater access to effective malaria control. Across the region, a steep increase in diagnostic testing for children and preventive treatment for pregnant women has been reported over the last 5 years. Among all populations at risk of malaria, the use of insecticide-treated nets has expanded rapidly.

But in many countries in the region, substantial gaps in programme coverage remain. Funding shortfalls and fragile health systems are undermining overall progress, jeopardizing the attainment of global targets.

Sub-Saharan Africa carries a disproportionately high share of the global malaria burden. In 2015, the region was home to 90% of malaria cases and 92% of malaria deaths. Children under five years of age are particularly vulnerable, accounting for an estimated 70% of all malaria deaths.

Diagnostic testing enables health providers to rapidly detect malaria and prescribe life-saving treatment. New findings presented in the report show that, in 2015, approximately half (51%) of children with a fever seeking care at a public health facility in 22 African countries received a diagnostic test for malaria, compared to 29% in 2010.

To protect women in areas of moderate and high malaria transmission in Africa, WHO recommends “intermittent preventive treatment in pregnancy” (IPTp) with sulfadoxine-pyrimethamine. The treatment, administered at each scheduled antenatal care visit after the first trimester, can prevent maternal and infant mortality, anaemia, and the other adverse effects of malaria in pregnancy.

According to available data, there was a five-fold increase in the percentage of women receiving the recommended 3 or more doses of this preventive treatment in 20 African countries. Coverage reached 31% in 2015, up from 6% in 2010.

Insecticide-treated nets are the cornerstone of malaria prevention efforts in Africa. The report found that more than half (53%) of the population at risk in sub-Saharan Africa slept under a treated net in 2015, compared to 30% in 2010.

Last month, WHO released the findings of a major 5-year evaluation in 5 countries. The study showed that people who slept under long-lasting insecticidal nets (LLINs) had significantly lower rates of malaria infection than those who did not use a net, even though mosquitoes showed resistance to pyrethroids (the only insecticide class used in LLINs) in all of these areas.

Malaria remains an acute public health problem, particularly in sub-Saharan Africa. According to the report, there were 212 million new cases of malaria and 429 000 deaths worldwide in 2015.

There are still substantial gaps in the coverage of core malaria control tools. In 2015, an estimated 43% of the population in sub-Saharan Africa was not protected by treated nets or indoor spraying with insecticides, the primary methods of malaria vector control.

In many countries, health systems are under-resourced and poorly accessible to those most at risk of malaria. In 2015, a large proportion (36%) of children with a fever were not taken to a health facility for care in 23 African countries.

“We are definitely seeing progress,” notes Dr Pedro Alonso, Director of the WHO Global Malaria Programme. “But the world is still struggling to achieve the high levels of programme coverage that are needed to beat this disease.”

At the 2015 World Health Assembly, Member States adopted the Global Technical Strategy for Malaria 2016-2030. The Strategy set ambitious targets for 2030 with milestones every 5 years to track progress.

Eliminating malaria in at least 10 countries is a milestone for 2020. The report shows that prospects for reaching this target are bright: In 2015, 10 countries and territories reported fewer than 150 indigenous cases of malaria, and a further 9 countries reported between 150 and 1000 cases.

Countries that have achieved at least 3 consecutive years of zero indigenous cases of malaria are eligible to apply for the WHO certification of malaria elimination. In recent months, the WHO Director-General certified that Kyrgyzstan and Sri Lanka had eliminated malaria.

But progress towards other key targets must be accelerated. The Strategy calls for a 40% reduction in malaria case incidence by the year 2020, compared to a 2015 baseline. According to the report, less than half (40) of the 91 countries and territories with malaria are on track to achieve this milestone. Progress has been particularly slow in countries with a high malaria burden.

An urgent need for more funding

Sustained and sufficient funding for malaria control is a serious challenge. Despite a steep increase in global investment for malaria between 2000 and 2010, funding has since flat-lined. In 2015, malaria funding totalled US$ 2.9 billion, representing only 45% of the funding milestone for 2020 (US$ 6.4 billion).

If global targets are to be met, funding from both domestic and international sources must increase substantially. 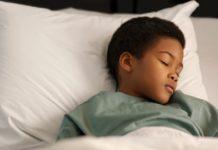 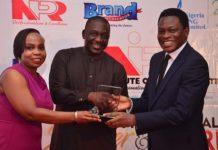 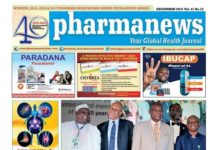