Addressing a gathering of notable pharmacists during NAPharm’s Investiture of New Fellows and Award Dinner held recently at Sheraton Hotel, Ikeja, Lagos, Prince Julius Adelusi-Adeluyi, president of the academy declared that he was always proud to meet the octogenarian due to his impeccable record.

“However I am not surprised he has come this far. It has always been in his DNA to be a successful pharmacist because, if you recall, his father was equally a renowned druggist.

“That is why even at 88, he still finds time to attend and participate actively in major pharmaceutical events. Little wonder he remains the oldest past president of the society still in our midst today,” he said.

Born in Ondo town on 5 December, 1928, Chief Oludolapo Ibukun Akinkugbe is the founding director of Palm Chemists. His father was a renowned druggist who qualified as a chemist and druggist in 1919.

Akinkugbe finished at Ondo Boys High School in December 1945 with a good Grade 1 Cambridge School Certificate, which qualified him for exemption from London Matriculation Examination. In the middle of 1946, he took the entrance examination to the School of Pharmacy in Yaba where he qualified as a pharmacist before his 21st birthday. 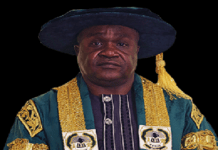 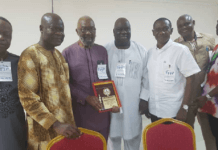