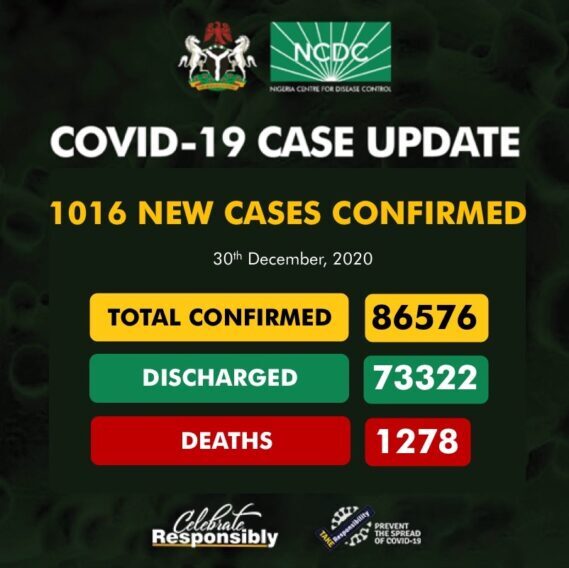 Nigeria has confirmed 1, 060 new cases of Coronavirus on Wednesday making a total tally of  86,576 infections since the outbreak of the disease.

Announcing the new infections on its micro website, the Nigeria Centre for Disease Control,.NCDC said they were reported from 21 states.

Following the upsurge of the disease in some states, Crossover Service has been cancelled in Lagos, Ogun and Ondo States while curfew was lifted in Oyo and Delta States with FCT to allow worshippers attend the service while observing all non-pharmaceutical protocols.

The agency however disclosed its discharged rates stating that 547 community recoveries was recorded at the FCT alone, while Lagos had 458 discharges and Plateau 78 recoveries managed inline with guidelines.

“Our discharges today include 537 community recoveries in FCT, 459 in Lagos State and 78 in Plateau State managed in line with guidelines “.

It however warned that #COVID19 does not spread on its own. The virus spreads when people move around.

Therefore citizens were advised to #CelebrateResponsibly by avoiding non-essential travel and large gatherings. 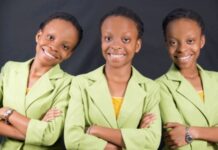