In a show of appreciation for its continual support over the decades, the newly sworn-in national executive members of Pharmaceutical Association of Nigerian Students (PANS) recently paid a courtesy visit to Pharmanews corporate office in Lagos. 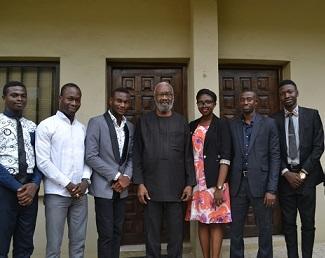 According to PANS president, they officially visited to appreciate the long standing relationship and support of Pharmanews managing director and how he still relates with students despite the huge gap in age difference.

“It is a known fact that you blazed the trail of pharmaceutical journalism and made it a role model for all to see. You remain an icon of the profession and we are fortunate to still have you in our midst. This is why we made it a point of duty to visit you shortly after our swearing-in and tap from your fountain of knowledge,” Setofunmi remarked.

Among other things, the national president canvassed for a column dedicated to PANS-related activities that would address all pharmacy students across the nation.

“For instance, we have several reports on how pharmacy students in various campuses held many programmes to celebrate World Aids Days as well as exclusive reports on the pharmacists we lost at UNIBEN. We need a bigger platform to report what we are update all our members in the country.

“Secondly, we are contemplating having about three annual Pharmaco-posiums (pharmaceutical symposium) that would have speakers addressing students and pharmaceutical companies coming for products presentation and exhibitions,” he enthused.

Setofunmi further stressed that the excos believed that if anybody can properly administer or position such programme aright, it has to be Sir Ifeanyi Atueyi.

The general secretary further buttressed his view by saying that Pharmanews journal, aside updating people in the profession, has become a reference point for pharmacy who reveres it as a resourceful material for research to date.

“I must confess that prior to gaining admission to study pharmacy, I detested reading a lot. However that habit changed the day I came in contact with your journal. Rather than serve one of the profession, it encompasses everything you need to know Pharmacy. We want to personally thank you for setting that standard” he emphasised.

Reacting to the excos request, Yusuff Moshood, Pharmanews editor noted that starting a column in any publication is not really a problem.

“Sustaining such column is where the actual challenge lies. So what we do basically at Pharmanews to justify such conviction is to always request for four articles ahead before we engage the columnist at all.

“This is where my headache lies. I understand that, as students, you will always have your hands full because of your academics. But if you are motivated enough to handle these challenges, no problem,” he reassured.

Moshood however admonished the association to consider zoning their annual symposia to the three major regions in the country for equity.

Appreciating PANS, Pharm Ifeanyi Atueyi said that he was happy with the excos for coming up with such lofty ideas during their tenure. He added that the essence of leadership is not to fill up offices but to create values.

“I have been relating with students since 1979 when we then had only four universities. I remember that University of Ife (now OAU) started from Ibadan before its present site in Ile-Ife.

“Some of us, the early starters, started with diploma before we were recalled to complete our B.Pharm degree. Some of us turned up, others had since opted to school abroad out of frustration. Therefore anything PANS will always get my attention because they have been our greatest partner in pharmaceutical field,” he stressed. 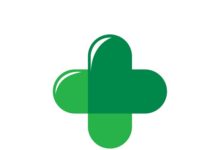 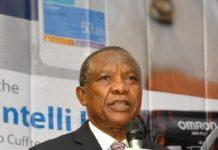