Report released by the World Health Organisation,WHO, Regional Office for Africa as at 30 May shows that Nigeria has third highest number of deaths in the region, with Algeria having the highest fatalities followed by South Africa.

The data revealed that Algeria has recorded 638 deaths since the outbreak of the infection in the region, followed by South Africa with 611 fatalities and Nigeria with 261 deaths.

WHO Regional office said there are over 133,000 confirmed cases of ÇOVID-19 since the pandemic began in the region, with South Africa leading with 29,240; Nigeria with 9312 cases and Algeria’s cases at 9134, among others. 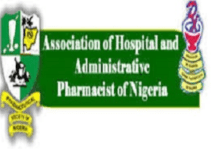