The recent global commemoration of the World Breastfeeding Week, usually marked from 1 to 7 August of every year, has revealed that only 40 per cent of infants 0-6 months old are exclusively breastfed, a situation that has been blamed for the high infant mortality of 45 per cent around the world.

This low compliance rate to exclusive breastfeeding (EBF), as disclosed by a World Health Organisation (WHO) report, also shows that less than a fourth of infants 6–23 months of age meet the criteria for dietary diversity and feeding frequency that are appropriate for their age. Consequently, the global health organisation, in collaboration with the United Nations Children’s Fund (UNICEF) have called on governments across the globe to invest in the creation of enabling environments for the practice of EBF.

In the same vein, the State Nutrition Officer at the Lagos State Ministry of Health, Mrs Olubunmi Braheem, has condemned the indifference of some mothers to this all-important responsibility, saying a lot of childhood illnesses can be prevented with EBF, while offering several health benefits to the mothers themselves.

The nutritionist who put the EBF compliance rate in Lagos at 51.8 per cent, said the percentage can be well improved if governments at all levels and all stakeholders encourage mothers to get engage in this for the health of the nation.

Braheem highlighted other lifesaving benefits of EBF, saying it has standard and adequate nutrients that an infant requires to grow and develop properly, as well as being economical for the parents to provide when compared with infants formula.

She continued:  “Breast milk is readily available, hence, there is no need for a mother to start any preparation to cook or mix in proportion like manufactured baby milk. All it requires is for the mother to practise hygiene and start feeding the child.

“It is the first immunisation for that child, for the fact that breast milk contains colostrum. This yellowish thick milk comes for the first two days after delivery and it prevents the new-born from infections and diseases, especially diarrhoea which occurs from giving cow’s milk to the new-born.

“It is very cheap. The mother doesn’t need to buy any baby food. She can use the money to buy food for herself and other family members. It gives satisfaction to the baby. Breast milk contains over 70 per cent of water, and hence the child doesn’t suffer from thirst.”

Reacting to the complaints of several mothers who are finding it difficult to meet up with EBF, the expert said one of the major challenges of EBF is the hustling and bustling nature of Lagos and other cities. She observed that the economic situation in the country has made it difficult for most women to do EBF as they fear losing their jobs if they don’t return to work after a certain period.

“After a period of time, say two to three months, the mothers wish to go back to work and the decision to breastfeed exclusively for six months is compromised.  If the woman hasn’t got access to six months maternity leave, and her place of work or market is far from home, all she does is to place that child on a substitute for breast milk.

“This explains why the Lagos State government has taken the step to give six months as maternity leave to enable mothers breastfeed exclusively”, she noted.

Braheem also mentioned lack of crèches where mothers can keep their babies when they are at work, as another major impediment to EBF. She therefore urged government at all levels to mandate organisations to provide baby-friendly environments at the workplace to enhance easy breastfeeding of babies.

In line with the WHO directives to national leaders, Braheem appealed to all governments to, as a matter of urgency, embark on training and refreshers courses for both health workers and mothers including all caregivers on the implementation of EBF.

She said it will be encouraging for the government to invest in skilled breastfeeding counselling for every woman, adding that this will require increased financing for breastfeeding programmes and improved monitoring and implementation of policies, programmes and services.

She said: “Training of healthcare workers, including midwives and nurses, to deliver skilled breastfeeding counselling to mothers and families is also very crucial. The government must ensure that counselling is made available as part of routine health and nutrition services that are easily accessible”.

Quoting the UNICEF –WHO- led global breastfeeding advocacy, Braheem said  other actions needed from governments to help protect, promote and support breastfeeding include:

“Supporting mothers and families’ needs for their children to be optimally breastfed through the adoption of policies such as the International Labour Organisation’s “Maternity Protection Convention 183” and “Recommendation No. 191”, which complement “Convention No. 183” by suggesting a longer duration of leave and higher benefits; adoption of the “International Code of Marketing of Breast-milk Substitutes” and subsequent relevant World Health Assembly resolutions.”

Other action plans expected of the government, according to her, include: “Implementation of the “Ten Steps to Successful Breastfeeding”, specified in the Baby-Friendly Hospital Initiative, including: skin-to-skin contact between mother and baby immediately after birth and initiation of breastfeeding within the first hour of life; breastfeeding on demand (that is, as often as the child wants, day and night); rooming-in (allowing mothers and infants to remain together 24 hours a day); not giving babies additional food or drink, even water, unless medically necessary;

“Provision of supportive health services with infant and young child feeding counselling during all contacts with caregivers and young children, such as during antenatal and postnatal care, well-child and sick child visits, and immunization; and community support, including mother support groups and community-based health promotion and education activities”. 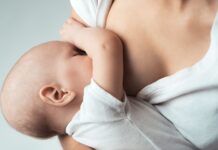 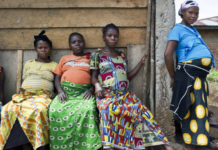 Beware: Zika Virus May Cause More Miscarriages than Imagined 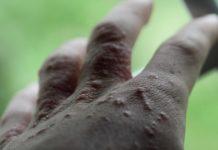 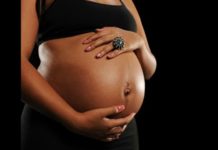