Community pharmacists play a fundamental role in improving public health. They are the most accessible and approachable healthcare experts. In many cases, they are the first port of call in a health crisis, making them indispensable lifesavers.

With the recent revolutionary shift of pharmacy practice to patient-centred care, some pharmacists have distinguished themselves in community practice by taking their roles beyond dispensing drugs. One of such is Dr Olutayo Arikawe. She is a multi-award-winning pharmacist who has been repeatedly recognised for her passion for Pharmacy, as well as dedication to improving the quality of lives of her patients and entire community.

Arikawe, who runs a community pharmacy in Dudley, United Kingdom, is a highly motivated woman with real passion for management and the ability to develop and grow businesses. She possesses a good team spirit and excellent leadership qualities. Her qualities and achievements in her community has led to both local and international recognitions for her efforts. 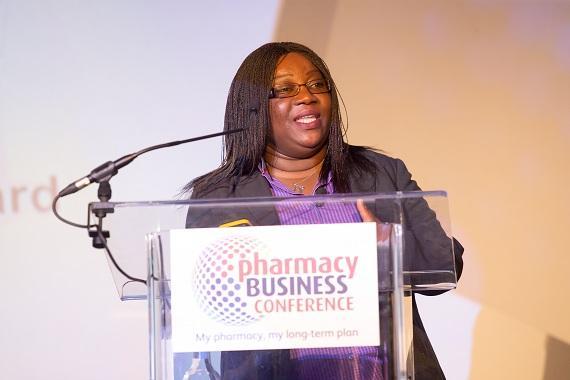 Arikawe was born in July 1976. She grew up in Ogun state south-west Nigeria and had her secondary education at Comprehensive High School, Ayetoro, Ogun State. She proceeded for her tertiary education at the University of Ibadan in 1993 and obtained her Bachelor of Pharmacy Degree (B.Pharm) in 2000. She received the University of Ibadan College of Medicine Provost’s Award at graduation.

Arikawe had her internship at Nigerian Army Reference Hospital, Yaba, Lagos, from 2000-2001, before proceeding to Jigawa State for the mandatory National Youth Service in 2001, serving at General hospital Babura. She received the Jigawa State honour award at the end of her service.

Arikawe had her internship working as a pre-registered pharmacist at Lloyds’ Pharmacy, UK, from 2006 to 2007 and became a cluster lead/pharmacist manager. This saw her managing a chain of 13 pharmacies from 2007 to 2010. From there she moved to Murrays Healthcare where she worked from 2010 to 2012.

Arikawe is passionate about people and her community. She is the managing director at LT Coaching and Consulting Ltd, an independent consulting firm, where she coaches women to optimise their potentials and achieve their dreams. She has helped many women to start their own businesses and achieve success in their chosen careers. She has particularly been an inspiration to women of colour to break barriers in their chosen fields.

Arikawe has also worked as pharmacist manager at Priory Community Pharmacy (from 2012 to present) and was appointed as the director/superintendent pharmacist of YPG Project Limited, a hospital and healthcare company affiliated to the Priory Community Pharmacy, where she manages, coaches and trains staff to attain optimum performance. She also works as a visiting lecturer at the University of Wolverhampton, UK where she gives career advice and offers work placements for students.

Arikawe and her team at the YPG Project go the extra mile to promote better health and reduce health inequality in their community. They carry out health promotions on topics like cardiovascular risks (diabetes, blood pressure, cholesterol etc.), reduction of teenage pregnancy, smoking cessation and alcohol awareness (creating awareness on how much people are drinking and how they can conform to the national recommended unit).

In 2014, Arikawe won the Pharmacy Business Award. Two years later in 2016, she won the award for the Best Community Pharmacist and Pharmacy Manager in the United Kingdom (Chemist and Druggist Awards). In the same 2016, was the recipient of the Public Health Pharmacist of the Year award. She also won the “I Love My Pharmacist” national award by the Royal Pharmaceutical Society (RPS).

The “I Love My Pharmacist’ Award” was created by RPS, the professional body for pharmacists in Great Britain, to showcase and celebrate the great work that pharmacists do for their patients across the country. It actually celebrates Britain’s best pharmacists.

In 2017, Arikawe was crowned the “Best of the Best pharmacist” (Chemist and Drugist Awards) and in 2018, she won the Pharmacist of the Year award at the Zenith Global Award. She has won many other awards both local and international in the course of her career.

Arikawe is happily married with children.

Why Post-Partum Haemorrhage is Common in Nigeria – Gynaecologist