One-third of the world’s population is now overweight or obese, while 62 percent of these individuals live in developing countries (The Atlantic, 2014). In 2014, more than 1.9 billion adults, 18 years and older, were overweight, and of these over 600 million were obese (WHO, 2015). Despite new inventions and innovations of drugs, machines and other materials now available to the health care team members, no national success story has been reported in the control of obesity across nations in the past 33 years (TheAtlantic, 2014).

World Health Organization (WHO) estimates that 12.7% of African children will be overweight by 2020 compared to 8.5% in 2010, unless this is addressed soon.

What then is obesity?

Overweight and obesity are defined by the World Health Organization (WHO) as abnormal or excessive fat accumulation that may impair health.Body Mass Index (BMI) is a simple index of weight-for-height that is commonly used to classify overweight and obesity in adults. It is defined as a person’s weight in kilograms divided by the square of his height in meters (kg/m2)

For adults, WHO defines overweight and obesity as follows:

Obesity is defined by National Institutes of Health as body mass index (a measurement obtained by dividing a person’s weight by the square of the person’s height) >/= 25kg/m2 and 30kg/m2 respectively, this definition however is not to be considered in some countries like Japan and China, who considered Obesity to be BMI above 25 and 28 respectively. A classification has grouped Obesity into five groups;

Down the years, obesity has been thought to be a condition more pronounced in the developed nations. But the present rate of overweight and obesity in developing countries is alarming. Report says that the majority of people who are overweight or obese today can be found in the developing world rather than the developed world (Trans, 2014). Nigeria, a developing nation has a lot to do to curb this trend as data from the WHO shows that the prevalence of overweight and obesity increased by 20% between 2002 and 2010 in Nigeria.

Being a major public health concern there are several factors that have been identified to the causes and predisposition to Obesity, some of which are;

The Effects of Obesity

Obesity has affected the health of individuals and the community at large in significant terms. Overweight and obesity are linked to more deaths worldwide than underweight (WHO, 2015). These effects  include:

Prevention and Treatment of Obesity

Obesity can be prevented and reduced by reducing weight through careful planning of diet, reducing dietary intake, reducing sugar and fat intake, Involving in exercise and physical activities, and drugs. Weight loss surgery offers the best chance of losing the most weight, but it can pose serious risks.

To The Government and Non-Governmental Organizations

To The Health Care Professionals

1.The role of the nurses and doctors in the prevention and control of obesity cannot be overemphasized. Adequate educations of pregnant woman at antenatal care, emphasizing the impacts of food during pregnancy, weaning process, encourage exclusive breastfeeding as all these contributes to the development of obesity. They should also advocate for daily exercise at least 30 min per day, educate the public on food monitoring taken by student to schools, enlighten food industries on types of food to be produced, encourage people to take more of naturally available foods than processed ones, and lastly develop structures for obese client on how to live healthy and many more. They should also develop new skills and techniques and to get new knowledge that can be used to manage obesity, this should be borne out of intensive research.

If the above measures are taken, sooner than expected, drastic reduction will be recorded in the prevalence of obesity in our communities. 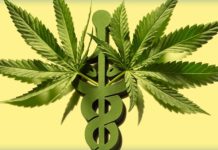 The principal mechanism of MAO inhibitor action is:

Over 33Million Have Died of HIV Says WHO

I am a Living Testimony, HIV Treatment is Effective in Nigeria,...