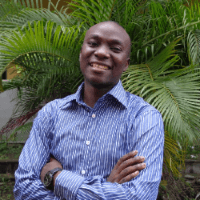 Pharmanews personality of the month, Pharm. Oluwatosin Caleb ADEYEMI is a lecturer in the Department of Clinical Pharmacy and Biopharmacy, University of Lagos (UNILAG) and current chairman of Nigerian Association of Pharmacists in Academia (NAPA), Lagos branch.

Born in the ancient city of Omu-Aran in Irepodun Local Government Area of Kwara State, the pharmacist gained admission into the Faculty of Pharmacy, Ahmadu Bello University (ABU) and bagged a Bachelor of Pharmacy degree in 2008.

In 2011, he applied to the Department of Clinical Pharmacy and Biopharmacy, Postgraduate School, University of Lagos for his master’s degree programme. Three years after he got his master’s degree in 2012, he enrolled again at the institution for his PhD.

In a bid to fulfill his childhood dream, the NAPA chairman soon called it quits with community pharmacy practice and moved into the field of academia. With his unmistakable flair for imparting knowledge, it didn’t take him long before the dream materialised. In 2014, his alma mater (UNILAG Faculty of Pharmacy) appointed him as Lecturer II in the Department of Clinical Pharmacy and Biopharmacy.

Aside being the current NAPA chairman (Lagos branch), Adeyemi is the project coordinator of the Young Pharmacists’ Group of International Pharmaceutical Federation (FIP), The Hague, Netherlands (Project Coordinator).

He is also a member of several professional bodies, such as the Pharmaceutical Society of Nigeria (PSN); the West African Postgraduate College of Pharmacists (WAPCPharm 2013); the Institute of Public Managers and Administrators of Nigeria (2010); the Nigerian Institute of Management (2011); Cochrane Drugs and Alcohol Review Group, St Albans House, London; Pharmanews Training Faculty; Pharmalliance Group and the Faith Tabernacle Medical Team (Head of Pharmacy), Ota, Ogun State.

READ
Meet Pharm. Udele Osakwe, Our Personality For May

In recognition of his selfless service, he has received the following laurels: HealthPlus Pharmacy’s Outstanding Manager of the Year (2013) and Best Academic Poster, Pharmaceutical Society of Nigeria Annual Conference 2014 (jointly received with Pharm (Mrs) Folashade Lawal of Victory Drugs limited).

His hobbies include reading, travelling and counselling. 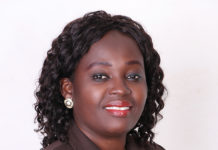 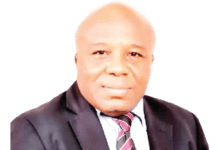