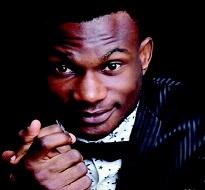 Oluwasetofunmi Alo is the newly elected national president of the Pharmaceutical Association of Nigeria Students (PANS). In this exclusive interview with Pharmanews, the self-motivated scholar reveals some of the challenges facing pharmacy students in Nigeria, as well as his plans for them within the next one year. Excerpts:

You recently emerged PANS national president, what prompted your decision to get actively involved in PANS activities?

Every organisation to which one belongs deserves everyone’s contributions and ideas for it to achieve its objectives. We desire a great nation and, as it is, organisations are microcosms and subsets of our society. Therefore, getting it right at the student level is not only a positive impact on our beloved country but also an assurance of a bright future for it.

The passion to change the status quo, to correct the wrongs and to lay down a 21st century PANS standard that would see to the academic and social needs of our members prompted me to run for the presidency.

What are your plans for pharmacy students and how do you intend to achieve them?

My major plan for PANS national and her members is to build the association beyond its normal limitations, raise the members’ performance and potentials to a higher standard and have a result-oriented and society-impacting administrative tenure. Academic and intellectual symposia, mentorship and student exchange programmes, PANS restructuring and capacity-building with the “community giveback initiative” are well designed to actualise these visions.

We assumed office on 4 November, 2016 and to the glory of God and support of our parent association, PSN and all local PANS chapters, we were able to organise online media campaign on Anti-Microbial Resistance (AMR) between 20 and 27 November, 2016.

International AIDS day was also celebrated, with various awareness outreaches in many schools of pharmacy with an aggressive simultaneous social media campaign on 1 December, 2016. We have been able to go for some advocacy visits and many more are imminent. We have promoted unity and togetherness among all PANS chapters. We have never relented in redeeming and projecting the real image of the profession and the association.

The educational sector for years has had to contend with many problems, with university workers going on strike incessantly to protest at various times. Are there measures that can be taken to resolve this?

It is quite commonsensical that men should be rewarded for every service rendered but it is highly saddening that the Nigerian educational sector has been bedeviled by incessant industrial actions by lecturers. Though universities have always been believed to be hubs of intellectualism, when these ivory towers are grossly underfunded and uncared for, it should never be considered a shame of sage when demands are tabled before the government.

Implementing the UNESCO’s recommendation that 24 per cent of a country’s annual budget to education will go a long way in providing and maintaining the infrastructures of our universities. Also, proper management of the available funds and generated revenues will help to cater for the needs of universities.

As a student, what would you say are the challenges facing pharmacy education and how can these tackled?

Though the pharmacy profession in Nigeria has embraced the global dynamism of patient-oriented pharmacy practice, more is needed to be done. Even the immediate implementation of the approved PharmD programme will go a long way in setting our feet firm, which should still incorporate undergraduates in our various schools of Pharmacy.

Furthermore, pharmacy students’ exposure to practice has been too poor to boast of as most schools of pharmacy dedicate little or no official time for Industrial Training for their students; but a critical look into the education curriculum will help rectify this menace.

What grey areas in pharmacy education do you want the leadership of PSN and other stakeholders to address urgently and why?

As much as I would commend PCN in coming up with plans to conduct examinations for fresh pharmacists, I would also beseech the council and PSN to devise measures to provide optimum internship placements for fresh graduates. Moreover, accreditation of the yet-unaccredited schools of pharmacy should be holistically looked into to forestall producing unprofessional pharmacy graduates.

The state of our schools’ infrastructure is something we can’t afford to keep watching as we plead for collective contributions, especially from schools’ alumni associations. Also, scientific exhibitions and mentorship programmes will definitely go a long way in educating and familiarising our undergraduates with various fields and milestones of the profession.

What message do you have for your colleagues across the nation?

My admonition to my fellow colleagues is that of Pablo’s prescription of daily vitamins: Vitamin A for action to be proactive in the quest for knowledge, Vitamin B for belief in oneself, Vitamin C for confidence in God, Vitamin D for discipline to do the right thing at the right time and Vitamin E for enthusiasm, as it is the electricity of life.

Where do you see PANS by the time you would be handing over?

Of course, the PANS I have always dreamt of. A student association that wouldn’t have only made indelible impacts in the lives of her members but would also be a force to be reckoned with nationally.

Pharmacy Education Shouldn’t be About Grades and Certificates Only – Wada 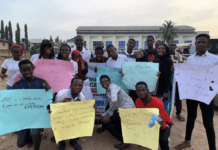