“The principal mark of a genius, is not perfection but originality, the opening of new frontiers.” – Arthur Koestler

Every once in a while, the course of history is traversed and consequently transfigured by certain individuals, whose spectacular brilliance dazzles their contemporaries, brightens up the world around them and blazes a trail of excellence for those coming after them.  The rarity of such luminaries lies not just in the enormity of their impact but in its far-reaching diversity. As I write, the pharmaceutical world and indeed the scientific world is witnessing the revolutionising impact of one of such pacesetters.

Meet Prof. Isa Odidi, the erudite pharmacist, celebrated scientist, distinguished innovator, first-rate technocrat and consummate entrepreneur, whose foremost passion is bridging the worlds of design, science, technology, innovation and entrepreneurship, with a view to maximising the outcome for economic and social advancement in developing economies such as Nigeria.

With over 100 issued and pending patents in the USA, Canada and other international jurisdictions, Prof. Odidi is globally recognised as a prolific inventor in pharmaceutics and pharmaceutical technology.  He is acclaimed for pioneering  controlled, targeted or timed release drug delivery technologies and their “reduction to practice” to allow commercialisation and use for the common good.  A tireless researcher, his works have been cited in several publications and he has published over a hundred scientific and medical papers, articles and textbooks.

It is no surprise that his superior intellect, entrepreneurial acumen and tremendous contributions to the pharmaceutical sciences continue to be recognised and acknowledged globally. He has been honoured with several prestigious awards, including the Harry Jerome Award for Technology and Innovation(2004); the University of Toronto’s  Black Alumni Association Award for Professional Excellence in Science, Technology, Engineering and Mathematics; the Planet Africa Award for Science and Technology (2010); the Scientific/Medical Achievement Award for excellence in pharmaceutical research, technology and innovative research (ANPA, 2001); and the Nigerian Canadian of the Year Award (2007). He has also been featured on global media outlets such as the CNN, VOA, BBC, the World Wide Web, as well as several Nigerian media houses.

With all these, however, it seems only a fraction of Prof. Odidi’s vision has been accomplished. He continues to work assiduously to ensure a world that is holistically transformed through the power of innovation and entrepreneurship. Surely, there’s a lot to glean from his experiences.

READ
An investigational medicinal product is?

The making of a maestro

Prof. Odidi studied Pharmacy at the Ahmadu Bello University, Zaria, Nigeria. It was in the course of his studies in ABU (between 1976 and 1979) that he met the beautiful and brilliant Amina, the lady that would become his lifelong companion in marriage and a destiny-helper in career success.

Both students had been in the same practical research group in the faculty of pharmacy, where Amina had stood out in conduct and countenance. Young Odidi couln’t help falling for her charms. To use his words, “Amina stood out and struck me as very intelligent, responsible, caring, selfless, and trustworthy…”

The two soon became friends and as they found out that they shared same belief, interests and worked well as a team (a remarkable synergy that has continued to this day), their fondness for each grew inevitably. And so strong was  the attraction that the two decided to get married as soon as they graduated in 1979.  That union would eventually produce five children for the couple and countless innovations for the world.

In 1982, the couple were sponsored by the Kano State government to attend Kings College, University of London to study for a Master of Science degree. Prof. Odidi graduated in 1984 with distinction in M.Sc. Pharmaceutical Technology and was awarded the Abbott Laboratories Prize for best student. Dr Amina also graduated in the same year and obtained an M.Sc., degree in Biopharmacy.

In 1986, Prof. Odidi was awarded the commonwealth scholarship to study for a Ph.D. degree and proceeded to the School of Pharmacy, University of London. That same year, Dr Amina was sponsored by the Kano State government to undertake a Ph.D. degree in the same institution. Both of them graduated in 1990 with a Ph.D. in Pharmaceutics.

The sojourn and experiences of these uncommon couple at Kings College and School of Pharmacy University of London seemed to have been divinely preordained as the catalyst of their impressive rise to prominence.  As Prof. Odidi would later say, “We were privileged to have attended these institutions during the period when the science and research into cutting edge pharmaceutical technologies, physico-chemical properties of pharmaceutical excipients, formulation development, manufacture and function of pharmaceutical dosage forms of capsules, dry powder inhalations, pellets and tablets were at their height…These experiences more than anything else precipitated the renaissance of our drive towards cutting edge pharmaceutical research, drug development, testing and manufacture.”

A lifelong learner, Prof. Odidi further obtained an MBA from the Rotman School of Management, University of Toronto, Canada in 2007, before subsequently obtaining the Executive Education certificate in Innovation for Economic Development (IFED)  at the Kennedy School of Government, Harvard University, in 2013. He was also awarded a Doctor of Science (D.Sc.) degree Honoris Causa from the University of Benin, in the same year.

Prof. Odidi’s global reputation as a maverick inventor began to fully manifest shortly after he joined Biovail Corporation, Canada, in July 1995.  His mission was to help establish the first viable controlled release drug delivery company in Canada. Meanwhile Dr Amina had also decided to work exclusively for Biovail as a consultant.

At the time the couple started working for Biovail, the company was merely a start-up firm as far as research was concerned. It had no research facility or team.  Yet, as the Odidis, with their Midas touch of excellence, got to work, the company’s status was transformed from a state of near bankruptcy to being a billion dollar pharmaceutical company through a series of inventions,  manufacturing successes and exceptional management style. In fact, through the couple’s contributions, the company soon became the biggest controlled-release drug research outfit in North America.

In Prof. Odidi’s words: “Our work was ground-breaking in every respect; it impacted pharmaceutical research and development, manufacturing, quality control and testing, quality compliance and regulatory affairs. It helped to put Canada on the world map as one of the best country for controlled drug delivery technologies and impacted positively and significantly on the Canadian economy’’.

Having successfully established the company’s research and development laboratories and training a team of first-rate scientists around him, Prof. Odidi went on to develop several popular drugs, including supergenerics of the very difficult to duplicate Adalat CC (Bayer) and Procardia XL (Pfizer).  Soon, he was appointed chief scientific officer of the company,  in addition to being the vice president – which was unprecedented for a person of colour, much less a Nigerian immigrant to Canada.

Intellipharmaceutics: the incubator for innovation

On leaving Biovail in 1999, Prof. Odidi joined his wife at Intellipharmaceutics to be fully engaged in the business of research and innovation.   Since then, the duo have invented, developed and patented a plethora of disruptive multidimensional controlled release technology platforms that can be applied to the efficient development of a wide range of existing and new pharmaceuticals.

Based on these technology platforms, Intellipharmaceutics has developed several drug delivery systems and a pipeline of products (which have received final FDA approval) and product candidates in various stages of development in therapeutic areas that include neurology, cardiovascular, gastrointestinal tract, diabetes and pain.

Intellipharmaceutics is certainly a success story by all standards. Currently, the company’s development effort is increasingly directed towards improved difficult-to-develop controlled-release drugs. The company has also increased its research and development emphasis towards new product development by advancing the product development programmes for drugs currently taken multiple times a day and inventing a once a day product e.g.,  Regabatin™ XR (pregabalin extended-release capsules).  On the commercial side, the company now focuses on profit-splitting deals with many pharmaceutical giants, offering patented technologies and drug formulas on a royalty basis.

“When we were a smaller company,” Prof. Odidi says, “we used to sell our patents. But now we only license them to use our patents

Prof. Odidi certainly has every reason to describe Intellipharmaceutics as having become a mega company. Aside from its world class facilities and the transcending quality of its outputs, the company is publicly traded on two of the best international stock exchanges i.e., NASDAQ in the United States of America and TSX in Canada. In fact, history was made on 22 October 2010, when the couple were asked to ring the opening bell at the NASDAQ stock exchange in New York on the first anniversary of their company going public.

According to Prof. Odidi, “It was really the height of the whole struggle, the whole work, to be recognized at that level, where you have so many millions of people watching and people in industry watching. We’ve done what we’ve had to do. And we’ve gotten there and we’ve gotten recognized.”

The pharmacist as a patriot

One remarkable feature of the life of Prof. Odidi is that even though he is based in Canada, his heart continually yearns for the well-being of his native country, Nigeria. And thus, he has been actively involved in processes and campaigns that are aimed at ensuring good governance and promoting socio-economic growth of the nation.

He was appointed to serve as member of the National Political Reform Conference in 2005 as one of 200 eminent persons by Olusegun Obasanjo, then President of Nigeria, to help draft a new Nigerian constitution. In  April 2007 he contested in the Nigerian presidential election under the New Democrats (ND) political party which he founded.

On 15 April, 2013, he was appointed coordinator of Diaspora Nigerians for Congress for Progressive Change (CPC).  On 3 February, 2015, he was appointed to serve as a member of the Fundraising Directorate of the All Progressives Congress (APC) Presidential Campaign Council. He was one of those who worked relentlessly towards the election of Mohammadu Buhari as president of Nigeria.

When asked how he’s able to combine all he has to do as a scientist, entrepreneur and politician and still record outstanding success, his answer is unequivocal: “Heaven helps those who help themselves. It’s a lot of hard work, a lot of hard work. Prayer alone won’t do it — hard work as well, they go together.” 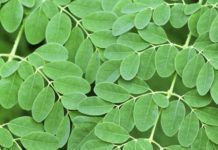 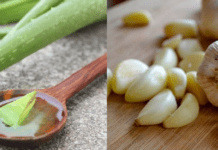