Assisted reproductive technology (ART) is one of the most remarkable breakthroughs in modern medicine. Over four decades ago, ART by way of in vitro fertilization (IVF) produced its first success in the world through the birth of Louis Brown, after several years of rigorous research experimentation. About 10 years later, sub-Saharan Africa recorded a similar success. Since then many medical scientists have ventured into this medical field to offer hope to couples battling with fertility issues.

One of such notable medical professionals with significant contributions to ART development in Nigeria is Professor Prosper Igboeli, a former president of the Nigerian Medical Association (NMA) and founder/director of M&M Fertility and IVF Hospitals in Abuja and Aba. His M&M Hospital has been providing specialised care in reproductive health, using state-of-the-art equipment, facilities and a team of experts pooled from internationally certified IVF centres across the globe. This has assisted many couples in having children of their own, as well as giving hopes to many more.

Prof. Prosper Igboeli was born to the family of Mr Moses and Mrs Margaret Igboeli who hailed from Ihiala Local Government Area of Anambra State, Nigeria. He passed his Elementary School Leaving Certificate with Distinction (at St. Peter’s, Okija, Anambra State).  Thereafter, he had his secondary school education at the prestigious Dennis Memorial Grammar School (DMGS), Onitsha, where his leadership qualities became manifest as he was elected the chapel prefect in his senior year. After the war, he was appointed the senior prefect. He was an Eagle Scout and troop leader of first Onitsha Boys’ Scout troop.

In 1971, he was selected as a patrol leader by the Nigerian government to represent Nigeria at the 13th World Boys Scout Jamboree, on Asagiri Heights, Japan. It was there he met his American benefactor’s son, Michael Peres, now professor at the Rochester Institute of Technology, Rochester, New York, USA.

Igboeli showed exceptional brilliance when he sat for and passed the West Africa Examination Council Examination with Grade 1 Distinction. He got scholarships and admissions into the University of Ibadan and the University of Benin but fate would take him to faraway USA, where he did a first degree in Biology at Utica College Of Syracuse University, New York, and in the process set the unequalled record of completing a four-year course in two and half years to the amazement of all. He became, with this feat, the graduating class salutatorian. Remarkably, throughout his university programme, he was on the Dean’s high honour list.

Igboeli is a recipient of many national and international distinguished awards for both academics and his humanitarian services.  In 1992, he received the highest award of the Syracuse University: “The Outstanding Alumnus Award.” He also received an honorary award of “Doctor of Humane Letters” from Syracuse University, New York, USA, in 1994.

READ
Dr Eddy Agbo: The Game-Changer in War against Malaria

A surgeon per excellence, Igboeli on return to Nigeria, in 1982, had a brief stint working with the government. Thereafter he set up a thriving private practice in the east of the country, M and M Hospital, Aba. This later grew to become M and M Fertility and IVF Centre, with a branch in Abuja. The hospital remains a leading fertility unit in the country.

Igboeli has authored many publications and has made several presentations in national and international scientific conferences. He has been a research scientist since 1972. His landmark publications on the emerging field of Dermatoglyphics (Fingerprints) and on Carcinoma of the Cervical Stump deserve special mention.

Igboeli, indeed, is a man with a large philanthropic heart.  He has given his resources and talents to every institution that shaped his life and has expended more to bringing up the young and future generations. He simply believes in human investment and capacity building.

In serving as a zonal chairman of the NMA in 2001-2006, he was not allowed to hand over, for he completely turned the fortunes of Aba Zone to the point that members would not hear of his plans to hand over but continued in a standing ovation until he reneged on his plans to vacate the chairmanship seat on handover date. He immediately was elected unopposed by the doctors in Abia State to become the Abia State chairman of the NMA on completion of his third term as zonal chairman.  The legacy he left is yet to be equalled. He single-handedly and personally constructed, equipped and donated an ultra-modern, one-story secretariat complex to the state NMA and medical doctors, as well as ensured the acquisition of a new 14-seater bus for the NMA.

It was not therefore surprising that he is a recipient of numerous awards, including the Distinguished Leadership Awards from NMA Affiliates. As national president (2008-2010), the testimonial of Igboeli is daunting. Within the two-year tenure as NMA president, this icon achieved many notable feats, two of which are mentioned here. One, he ensured the expedited movement of NMA national secretariat from Lagos to Abuja and subsequently negotiated and purchased the twin duplex building that was initially rented for a two-year period. This building, the first ever tangible asset of the NMA in the past 50 years, was fully acquired for the NMA at a staggering cost of 130 million naira. It is on record that Igboeli used his own money when needed to ensure that the dream of having a secretariat was achieved and is one president that is known to have spent his personal money to run the NMA. Two, he succeeded in working for the achievement of a separate salary structure (COMESS) for Nigerian doctors without resort to strike action.

Igboeli has strong interests in Boy Scouting, travelling, writing and deeply embedded in research. In 2013, he developed interest in stem cell research and was the first scientist to build a stem cell centre in West Africa in collaboration with an America stem cell processing centre in Florida, USA. This was officially opened in Abuja in 2015. Stem cell has been found beneficial in treatment and management of many conditions afflicting the human body.

Igboeli has therefore advanced beyond his practice of IVF (Reproductive Medicine) into stem cell research to rejuvenate premature ovarian failure to resume steroidogenesis and folliculogenesis with eventual restoration of fertility in collaboration with research associates (including Prof. Al-Hendy, principal investigator) in the USA.     He is happily married to Dr Chidimma Joy Igboeli and they are blessed with children. 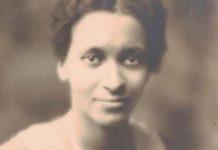 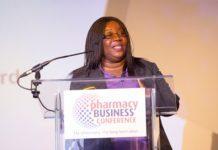 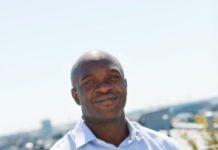 An Hour Bath or Soaking in Hot Water Could Lower Blood...