Renowned pharmacist and pro-chancellor, Caleb University, Imota, Lagos State, Prof. Fola Tayo, has attributed lack of political will by successive governments to implement various policy recommendations in the health sector as the reason for the deteriorating state of healthcare system in the country.

Prof. Fola Tayo who disclosed this at a recent colloquium held to mark Chief Adebowale Omotosho’s 80th birthday, at the Westwood Protea Hotel, Ikoyi, Lagos, lamented that one of the key challenges confronting Nigeria’s pharmaceutical market is  drug counterfeiting, adding that it is easy to import all sorts of drugs into the country with very little taxation, while indigenous manufacturers are faced with unbearable taxation from all levels of government, forcing many of them to close their businesses.

Speaking further, the respected university don noted that no nation can grow without the manufacturing sector, noting that it is not possible to be a consumer and importer of products alone and expect to be great or to develop.

“It is not possible for us as a nation to rely solely on importing products and expect the country to develop; except our government considers this and invites seasoned technocrats, not the corrupt ones, to help work on this, it is not a curse, we will continue sinking,” Prof. Tayo said.

The Caleb University pro-chancellor added that it would be commendable if the  government could make and enforce a policy banning importation of any drug that can be conveniently produced in the country.

“Until we start to take the bull by the horns, we may not be able to achieve anything,” he warned.

Noting that the manufacturing industry is a pivot that could take Nigeria to economic greatness through production of medicines such as anti-malarials, paracetamol and others in large quantities, Prof. Tayo however bemoaned certain factors that have made the manufacturing of such drugs in Nigeria difficult.

The impeding factors, according to him, include high interest rates imposed on manufacturers; lack of pragmatic implementation of policies and lack of moratorium which have caused manufacturers slow pace of production; as well as ineffectiveness on the part of the National Agency for Food and Drug Administration and Control (NAFDAC), and other regulatory agencies.

He urged government to invest in manufacturing companies, as a matter of urgency and give them encouragement, tax concessions, easier loans with very little interest, as well creating an enabling environment for them to operate.

While calling for the reorganisation of the National Agency for Food and Drug Administration and Control (NAFDAC) in order to enhance its efficiency, the respected clinical pharmacy expert also said those found guilty of producing or selling fake drugs should be given the death sentence, saying a drug faker is not different from a hired assassin who kills for a living.

He further advised the government to look inward, consult with pharmaceutical industries and show interest in what they are doing, so that the health sector can maximally benefit from this, adding that without medicine, health is useless.

“If we support the pharmaceutical manufacturers, the nation will get to a point in which it will be respected and good medicine at cheaper cost will be available for all citizens of this country. Some pharmaceutical companies that have worked tirelessly and are closer to getting the World Health Organisation (WHO) prequalification should also be encouraged and supported so that we can all benefit from it as a nation,” he advised 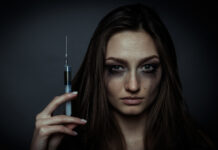