I had an experience on 22 October at one of the General Hospitals in Lagos that left me wondering again whether workers in public hospitals are exempted from the noble demands of the Hippocratic Oath.

I had just returned in the evening of that day to my apartment in Agege, Lagos, very tired – not just from the hard day’s work but also from the horrendous traffic that had become the lot of commuters in the city. As I sat down in my living room after having a warm shower, the only thing on my mind was to eat dinner and go to bed.

Just then, I heard a loud commotion downstairs and before I could even stand up, the voice of one of my neighbours was already blaring my name, calling me to come and help. I hurriedly dressed and rushed downstairs. On getting to the scene of the commotion, I saw that it was the wife of one of my neighbours who had passed out and was being revived.

The affected woman had a stroke attack last year that had left her partially paralysed. Since then, she had been in and out of hospital. I was so worried that this sudden sickness might be another stroke attack. In any case, the commotion was so much with everyone giving an opinion on what to do. But thankfully, the overwhelming opinion was that we should rush the woman to the hospital.

We managed to carry her to a car and whisked her to Orile Agege General Hospital – the same hospital where she had been receiving treatment for months and where she had been discharged a few months before this latest sudden sickness.  We got to the hospital around 8:30 pm and despite explaining to the doctors and nurses the precarious nature of the woman and why we had to rush her to the hospital, they insisted they would not attend to her except we brought her registration card and the file containing her medical records.

We rushed to the card session and asked for the card after telling the attendant the patient’s card number. Surprisingly, the woman at the medical records spent hours ploughing through her files looking for the card without success. Yet, this was a patient that had been at the hospital for her last appointment just a few weeks back and was due in the hospital for her next appointment in just about a week plus.

In order to save time, we elected to pay for a new card so that the distressed woman could get the prompt response she needed but the doctor on duty insisted that until the medical records department produced the old card, he would not do attend to the patient. The wheelchair-bound woman was in visible discomfort but she was totally ignored. We pleaded and pleaded, yet the young doctor refused to even stabilise the woman while the search for the card continued. I was beside myself in anger but the patient’s husband restrained me from blowing my top, saying that if I spoke out in anger, the doctors would refuse to treat his wife even after the card must have been found. Apparently, he, like multitudes of other Nigerians, had come to see workers in public health hospitals as unfeeling beings, who act like demigods and dare anyone to challenge their power and position.

As much as I admit that the doctor must have had a good reason for asking for the card and that the delay was no fault of his but that of the medical records department, his refusal to stabilise a patient rushed to the hospital as an emergency was not only bizarre but unprofessional. To not care that the patient could die or suffer worse complications was preposterous and absurd.

Sadly, the unprofessional behaviour of this physician and other workers in the hospital is not an aberration.  There have been many cases of caregivers, especially in public hospitals, behaving as if attending to a patient brought to them for treatment is doing the patient a favour. This is wrong, unacceptable and must stop.

A lot is wrong with Nigeria and there is a lot for the government to do. However, the government cannot singlehandedly build a sane society when citizens are failing to make contributions expected of them. The citizens, especially health professionals, must begin to do their very best at their various levels because that is fundamental to building the society.

The time to start that is now. Compliments of the season in advance and see you in 2020. 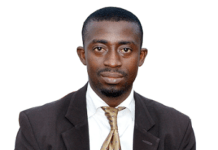 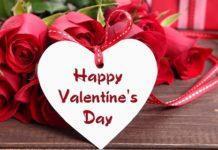