The furore making the rounds in the pharmacy profession over the recent appointment and subsequent inauguration of Prof. (Pharm) Ahmed Tijjani Mora as the chairman of the newly reconstituted Governing Board of the Pharmacists Council of Nigeria (PCN) by the federal government is one that should give every practitioner and stakeholder in the profession some serious concern. It would be recalled that ever since Mora, a former registrar of the Council, was selected for the position in 2019, the Pharmaceutical Society of Nigeria (PSN) has vehemently opposed the decision, citing allegations of abuse of office, during his time as registrar, among other infractions.

Things got to a crescendo when, in an open letter sent to President Muhammadu Buhari on 14 June, the PSN further reiterated the reasons it considers Mora to be ethically unsuitable to head a body that is constitutionally empowered to regulate all aspects of pharmacy practice in the country. As should be expected, Mora, on his part, is equally aggrieved, insisting that his image is being maliciously and unjustly maligned. 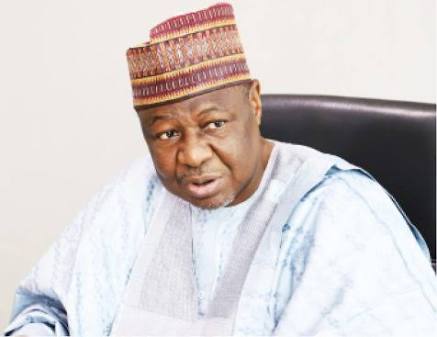 It is important to establish that the issue between the PSN and Mora is not a recent development; it has been on as far back as 2009. We wish to emphasise, however, that, as things stand, the debacle has gone beyond the PSN and Mora; it is now affecting the relationship between the PSN and the PCN, the two bodies that have the power and responsibility of shaping the destiny of Pharmacy in Nigeria and dictate the conduct of its practitioners. Consequently, there is the impression that the Pharmacy family in Nigeria is in disarray, especially with the dimension the conflict has assumed.

Anyone who needs a further confirmation of the above assertion only needs to sample the opinions of pharmacists on the current leadership crisis. Going by what we have been able to gather from our vantage position, this crisis is becoming a seedbed for acrimony and balkanisation among pharmacists and is being watered by innuendos of
tribalism and sectionalism. This is not good for a respectable and honourable profession.

Let it be noted again that this is strictly a pharmacy family issue, which can be resolved in-house and must be resolved speedily, considering the timing and the potential implications. Indeed, the timing of this dispute is inauspicious because the nation is currently in the throes of a health crisis.

Moreover, it is coming up at a time when pharmacists are demanding recognition from the government for the gallant roles they have been playing since the COVID-19 pandemic began. This, definitely, is bound to put a spanner in the works and make pharmacists’ efforts to be further undermined.

But beyond the wrong timing are the potential consequences, if this crisis is allowed to fester further. First, it will terribly demean Pharmacy before other professionals and the public. It will, in fact, dent the robust spirit of camaraderie for which the illustrious profession has been known and portray pharmacists as a group of unorganised professionals fighting a battle of attrition when they should be working together to proffer solutions to the pharmaceutical needs of a nation at the crossroads of COVID-19.

Second, it will severely debilitate the effectiveness of pharmacists in battling the many challenges besetting the profession in Nigeria. A house divided against itself will definitely not stand.

Moreover, with the practitioners and their regulator at loggerheads, the quality of pharmaceutical service delivery will be hampered and Nigerians will suffer needlessly. Again, such disharmony gives opportunity for charlatans and other enemies of the profession to wreak further havoc on it. Last but not least, it sets a bad example for the younger generation of pharmacists.

In view of these weighty implications, we call on Pharm. Mora to, as a matter of urgency, reach out to the leadership of the PSN and, in the spirit of true brotherliness, seek reconciliatory options. The new PCN chairman must, in heeding the apt advice given by the Minister of Health at his inauguration, as well as the promise he himself made, always remember that the PSN is his primary constituency and should relate with them with every sense of humility and temperance. The leadership of an entire professional body cannot continue to be in disagreement with a single individual.

We also call on the PSN to, in the interest of Pharmacy, give Mora another chance, once he fulfils his promise of taking sincere steps towards reconciliation. Anyone can change for the better, and sometimes what triggers such a positive change is the burden of higher responsibility. Thus, Mora should not be written off as incorrigible.

Most importantly, we call on the elders of the pharmacy profession to quickly intervene and restore harmony between the leaderships of the PCN and the PSN. Their wealth of experience would be needed at such a trying time as this.

This is not the time to take sides but to consider that the very soul of Pharmacy in Nigeria is currently at stake. As the popular adage says, the elders cannot sit idly in the marketplace while the head of a baby is harmfully positioned. The time to resolve this debacle is now.