World Health Organization (WHO) has donated 853 motorcycles to the Nigerian government to strengthen disease surveillance across the country.

The WHO Country Director, Dr. Wondimagegnehu Alemu made the donation to the Hon. Minister of Health, Prof. Isaac Adewole on Monday 22nd January, 2018.  The motorcycles and other related items are to be distributed to the 36 States and FCT.

Speaking during the donation, the WHO Country Director said that surveillance was key in disease control and eradication.

Alemu said that Disease Surveillance and Notification Officers (DSNOs) play a major role in surveillance at the field level through visits to communities and health facilities. They also facilitate timely investigation and response to outbreak of diseases where they occur.

He said it was in recognition of their role in disease control in the rural communities  that the WHO in partnership with donor partners have provided the motorcycles to enhance surveillance system in Nigeria.

“You will agree with me that this group of professionals deserve to be provided with the most appropriate logistic to enhance their mobility across the country including the remotest parts of  Nigeria” , the WHO Country Director said.

Alemu called on the DSNOs to use the motorcycles for the purpose they were intended for and ensure good maintenance.

In his remark, the Minister of Health, Prof. Isaac Adewole who appreciated WHO Country Director for the gesture said that disease surveillance was quite critical to public health maintenance and the donation signified that 2018 would be a good year for all Nigerians.

He said “when we are able to detect and respond appropriately, we would be able to curtail the spread of diseases and maintain good health across the nation”.

He assured that the DSNOs would use the 853 motorcycles in an appropriate manner and in a way that would help to detect the outbreak of diseases.

READ
Winning the war against cancer together

“What is important is for us to get to know when and where there is disease, when there is no prompt information, diseases spread; but with good notification we would be able to nip it in the bud. We will be able to send officers there; we will be able to investigate and make appropriate diagnosis and be able to respond. So, to me, it is an important step, a new year present from our International partners through WHO”, the minister added.

In his remarks, the Minister of Federal Capital Territory, Alh.  Muhammad Musa Bello represented by the FCT, Secretary, Health and Human Services, Bar. Amanda Pam assured the WHO Country Director and the Hon. Minister that the motorcycles allocated to the FCT would be distributed to the 8 Area councils for disease surveillance. This, he said would go a long way in checking diseases and bringing health care delivery to the door steps of every residence in FCT. 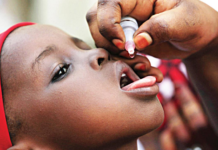 Breastfeeding Week: WHO, UNICEF Rally Awareness for a Better Planet 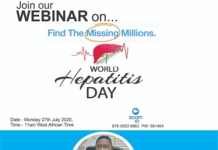 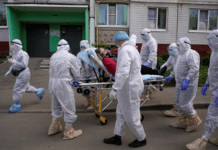 Over 8,000 Health Workers Down with Coronavirus in Africa — WHO