Context matters, and that’s true of everything — even the food we eat. There are four major factors, other than the food on our plates that affect the way we consume our meals. Once you’re more mindful of the way these things influence your appetite, you’ll be better equipped to construct the environment that best suits your eating style.

It’s said that we eat with our eyes first, and in this case, our eyes may also determine how much we eat. People who eat their food off larger plates, or are served larger portions of food, eat more than they normally would. Researchers from the University of Cambridge reviewed 60 studies and confirmed this effect, and the findings hint at an interesting solution for the problem: serving your food on smaller plates.

In line with this suggestion, nutritionist Lisa Young suggests serving salad and vegetables on larger plates to encourage people to eat more of the good stuff, while serving the main course on smaller plates. And researcher Brian Wansink of the Cornell University Food and Brand Lab suggests leaving the mains and starches in the kitchen when eating, which forces people to get up and walk if they want to get second and third helpings. Doing away with family-style service may not be as cozy, Wansink says, but it will cut down on food portions.

You’re not likely to eat most of your meals on a plane, but knowing how altitude affects your taste buds may help you make healthier choices when you do fly.

A 2010 study commissioned by the German airline company Lufthansa found that being inside an airplane essentially numbs your tastebuds by interfering with that crucial smell-taste connection that helps us fully experience our food. Essentially, the dry, pressurized air recreates the conditions of having a cold by causing our mucus membranes to swell, blocking the connection between mouth and nose. Then the mucosal lining of your nasal cavity dries up, which also prevents you from fully smelling the food. It all results in about a 20 to 30 percent decrease in perceptions of saltiness, and a 15 to 20 percent decrease in sweet, concludes the Lufthansa study.

READ
The Nutritional and Health Benefits of Cocoyam

To avoid a disappointing airplane meal — or worse, a meal the airline has jacked up with extra sugar and salt — try to plan your meals to eat both before and after your flight. And if your trip is too long to wait, pack your own healthy meal with fresh ingredients that you know you already like.

Research from the mid-1980s finds that people actually chew their food faster the louder the music gets, and restaurants use this fact to their advantage if they want to increase the table turnover rate, according to a 2010 article from the Daily Beast.

The same thing is true for alcohol, too. A 2008 study found that when bars turned their music up (the songs were Top 40), men drank more beer in a shorter amount of time. Loud music also appears to make alcohol taste sweeter (and thus, might make people drink more), according to a 2011 study.

Unsurprisingly, complete silence helps people eat less than they would if they distracted themselves with music or TV. Sound is just one of the many physical cues we use to determine whether or not we’re full, and our habit of eating in front of the TV may be hindering it.  A 2016 study found that the actual sound of chewing one’s food contributed to a person’s satiety, and that people who were distracted by sounds from earphones ate more than those who sat in silence.

And if you want to eat less food in a more relaxed, enjoyable setting, soft instrumental music is the way to go. Wansink from Cornell found that if he transformed fast food restaurants into fine dining experiences by altering the music type and volume, restaurant goers ate less and enjoyed their food more.

The more people we eat with, the more we eat. In a 2000 review of social eating studies, John M. de Castro from Georgia State University notes that “meals eaten with one other person present were 33 percent larger than meals eaten alone, whereas 47, 58, 69, 70, 72 and 96 percent increases were associated with two, three, four, five, six, and seven or more people present, respectively.”

That may be because people could be trying to match each other bite for bite, as this 2012 study found. The researchers observed, in 70 female pairs, that the women tended to mimic each other’s eating style and number of bites eaten, especially at the beginning of the meal. Because the women were strangers to each other, the researchers suspect that they were trying to make a good first impression, reports CNN.

But this social eating effect may also depend on the type of person you eat with. De Castro found back in 1994 that increased social eating depended on the relationships at the table. Meals with spouses and family members were larger and faster. Meals shared with friends were also larger, but they lasted longer.

So do researchers advise everyone to eat their meals alone, in silence? Hardly. Eating dinner with your family and eating meals with others are hallmarks of a happy and healthy life.

But now that you’re aware of how the social aspects of meals can affect your appetite, you may want to be more mindful while dining with friends or in big groups, or perhaps even more proactive. If you’re meeting friends and family at a restaurant, for instance, Laura Manning, a clinical nutrition coordinator at The Mount Sinai Hospital in New York, says to immediately pack up half or a third of an ordered dish in a to-go container to prevent overeating.

READ
Why You Need to Cut Down on Red Meat Consumption

How to Prevent Cancer and Other Infections with Apples – Studies Find 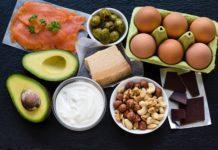 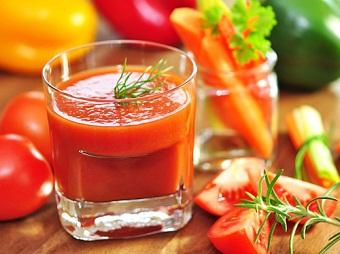