Parkia biglobosa, popularly called the African locust bean, is known in Yoruba as iru, in lgbo as ogiri and in Hausa as dawa-dawa. It belongs to the plant family Mimosaceae, of the order Leguminisae

The yellow pulp, which contains the seeds, is eaten raw as sweet meat, mixed with water and made into a refreshing drink, used as a sweetener in different foods and fermented into alcoholic beverage.

It may also be processed into a valuable carbohydrate food known as sikomu and daddawa among the Yoruba and the Hausa people, respectively. The seed is first cooked to remove the seed coat and then fermented to produce the desired result. When it is fermented, the Yorubas may either get it mashed or leave it loose/free. They are used for different types of soups, but for the same purpose.

Preparations of Parkia biglobosa which are used to manage health conditions include macerations, vapour, tincture, decoction, lotion and dried powder.

Locust beans has shown promise in boosting cellular immunity in immune-compromised persons, as well as in management of diarrhoea, diabetes, stroke, hypertension and heart attack. It could also serve as antidote to snake bites. The bark is used as a mouthwash, vapour inhalant for toothache, or for ear complaints. It is macerated in baths for leprosy and used for bronchitis, pneumonia, skin infections, sores, ulcers, washes for fever, malaria and sterility. The roots are used in a lotion for sore eyes.

Observations from a study showed that Parkia biglobosa helps to prevent complications of diabetes. Hence it could be recommended as part of the diet for diabetics. In another study, researchers showed that it helped to reduce arterial blood pressure in rats.

Exposure to both the acute and sub-letheal concentrations resulted in a number of physiological dysfunction of the test fish.   Observation of the fish under the tests revealed unbalanced swimming patterns, loss of reflex, rapid opercular movements and gasping for air. Most studies show no adverse effect to human. However, few studies report possibility of drowsiness, dizziness, hypotension or a headache as side-effects when using Locust Bean medicine.

The locust seed is a major item of commerce across West Africa. Overall, it is estimated that 200,000 tons of locust seeds are collected annually just in northern Nigeria. As far back as 1964, the seeds from a single locust were reportedly valued at $20 per year. 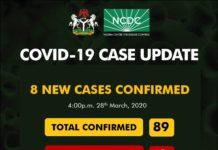 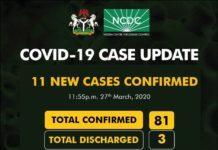