In my younger years in the village, I used to think there were two categories of religious people. In the first category were the majority, mainly parents and older ones, who were heathen or pagans or idol worshippers. In their homes were some idols made of wood and iron that had been around for many years. In the other category were Christians. They were fewer in number and had basic education to enable them read and write.

In the primary school, more of the children were from Christian families. In a large family, some were Christians while others were idol worshippers. With serious evangelistic work of the missionaries, people were being converted to Christianity, which had the Church Missionary Society (CMS) and the Roman Catholic Mission (RCM) as denominations.

Ironically, these two denominations were somehow antagonistic to each other, with each claiming superiority over the other in spiritual matters. As children, we used to taunt one another and even quarrel because of denominational   differences. However, the main division was between Christians and idol worshippers. Christians gradually adopted superior colonial cultures and education, making   our traditional cultures appear inferior.

Today, the church still contends with the problem of harbouring idol worshippers, but not in the form of those our parents and grandparents. Such people believe that there is only one God and bear the label of Christians.  But they will not give God exclusive right of way in their lives.  They are not ready to offer full or undivided allegiance to Him.  Of course, on Sundays they worship God in their churches but on weekdays God has little or no place in their lives. They have other gods or idols they worship.

My concept of idol worshipping has long changed. I do no longer have to go to the heathen to find other gods. Christians now have idols in many forms.  Whatever you love more than God is your idol. Consequently, man’s heart is full of idols. Men, women, rich and poor, educated and uneducated, are all guilty of idolatry.

READ
How do you handle criticism?

Do you know that someone can make himself a god? You can make another person your god. You can make your child, parent, spouse, boss, or even spiritual leader your god.  Some take fashion as their god because their time and thoughts are mostly devoted to looking good and trendy. Food can be your god. Philippians 3:19 says, “…whose end is destruction, whose god is their belly…”

With many, their god is money but God will not accept a divided heart. Fame, work and pleasure can become gods when we concentrate too much on them for personal identity, meaning and security.  No one sets out with the intention of worshipping these things. But considering the amount of time we devote to them, they can grow into gods that ultimately control our thoughts and energies.  However, letting God hold the central place in our lives keeps these things from turning into gods.

It took me many years to realise that I was also an idol worshipper even though I was a Christian, baptised as a child. All along, I was just going through life as a nominal Christian. Of course, going to church was a habit from childhood. Undoubtedly, church is a wonderful gathering of friends and relations for social and spiritual activities. When I started the business of Pharmanews in 1979, it became obvious that one of the gods I worshipped was my work. I got so engrossed in the work that it practically took over my life.

I literally gave my life to the god of work. My thoughts were completely dominated by work. It was such that I had to start skipping church services. My god advised me that I could achieve more reading and writing on Sunday mornings when my wife and little kids might have gone to church.  Occasionally, I would be in church to meet some friends.   You can imagine my prayer life at that time.

I thank God that I was delivered from that my god at a breakfast meeting of the   Full Gospel Business Men’s Fellowship International (FGBMFI) held on Saturday, 11 February, 1989. That day was a turning point in my life. At the end of the message given by Dr Wale Oke (now a Bishop), I was one of those that responded to the altar call and gave my life to our Lord Jesus Christ.

At that   meeting, I also registered as a member of the Fellowship. After that, I realised that, until that memorable day that I gave my life to Christ, I had been an idol worshipper, not better than those old people in my village with wooden idols in their homes. 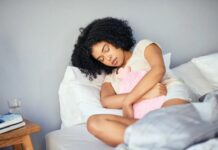