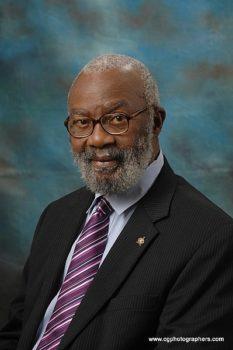 Your identity is your distinct personality or individuality. At certain seasons in life, distress and disorientation arise from conflicting pressures and uncertainty about one’s self and role in society. This is identity crisis, which often happens in adolescence.

An identity theft occurs when another person’s personal details, such as name, bank account number, debit or credit card number, passport, driver’s licence, voter’s card number and so on, are fraudulently used by another person. A lot of fiddle is committed on the Internet when fraudsters hack the passwords of other persons. Some banks have reported heavy losses of naira through this scam.

Governments issue passports to their citizens as a means of identification. Although passports have security measures, some without strong security systems have been forged. Some years ago, many Nigerian passports were forged particularly at a place called Oluwole Market in Lagos. Apart from producing fake international passports, Oluwole Market was notorious for faking all sorts of documents – school and university certificates, certificates of occupancy, letters, receipts etc.

Many young men and women, who wanted university degrees without studying, patronised Oluwole Market and obtained fake certificates of well-known universities in the country. Even some government ghost workers might have obtained their letters of employment from that market. Thank God, the law-enforcement agents are increasingly frustrating the activities of these crooks.

Natural identities cannot be forged. God has created humans to maintain their individual and unique identities. The genetic makeups are different and specific. The fingerprints of all the 7.4 billion people in the world are all different. From the days of Adam to today, God has not duplicated fingerprints. From now to the end of the age, there will not be any duplication.

The iris of the eye also provides another method of biometric identification because the complex patterns of the iris are unique. The sound of each individual’s voice is also entirely unique. The shapes of the faces of people are different.

READ
How Do You Worship?

Do you sometimes take a good look in the mirror, and declare, like King David, “I praise you because I am fearfully and wonderfully made” (Psalm 139:14)? God created humans to have unique characteristics and purposes to reflect His glory. Man is created in the image of God. Therefore, man’s ultimate identity should be in God.

Identity outside the Creator results in crisis. Any identity that seeks to bring glory to ourselves will never result in lasting fulfilment. We discover our true identity the more closely we are drawn to Jesus Christ. To all who have received Him, to those who believed in His name, He gave the right to become children of God (John 1:12).

As a true believer in Christ, you have been given the right to become a son or daughter of God.  This is because “He predestined us for adoption to sonship through Jesus Christ, in accordance with His pleasure and will” (Ephesians 1:5 NIV). Predestination is not based on man’s good works but according to His own will or as it seems good in His sight.

As a son or daughter of God, you are among the chosen people. You belong to a royal priesthood, a holy nation, God’s special possession, that you may declare the praises of Him who called you out of darkness into His wonderful light ( I Peter 2:9).

This true identity makes your body the temple of the Holy Spirit, who is in you, whom you have received from God. You are no longer your own because you were bought at a price. This is why you should honour God with your body (1Cor. 6:19-20).

Having your identity in Christ makes you change the way you live. You no longer chase after the desires of the flesh but instead seek to bring glory to God in all areas of your life. 1John 2: 15 says, “Love not the world, neither the things that are in the world. If any man love the world, the love of the Father is not in him.”

As Christ’s ambassador, you have been given the divine authority and power to speak His reconciling message of love to the unsaved world.  Ambassadors of nations are well provided for by their governments. Their houses, food, clothing, transportation etc. are the responsibilities of their governments. In addition, they have diplomatic immunity and therefore not subject to the jurisdiction of local courts and other authorities for both their official and personal activities. As ambassadors, God takes care of you, protects and provides your needs.

Most of us don’t have the opportunity of serving as Nigerian ambassadors to other nations because the vacancies are not available and majority don’t have the requisite qualifications for the appointments. But the invitation to serve as Christ’s ambassadors is open to everyone. Jesus invites all who desire to serve as His ambassadors. Those who accept Him as Lord and Saviour and live their lives accordingly are enlisted as ambassadors.