The number one question on the lips of pharmacists across the country right now is, where is the Pharmacy Council Bill and why has it not been signed into law by President Muhammadu Buhari? Indeed, if recent reports suggesting that the bill is missing have any kernel of truth in them, it would portend very grave implications for the health sector and the nation as a whole.

While there has been no official pronouncement as to the veracity or falsity of these reports, it is necessary to stress that the protracted delay in getting presidential assent for this very important bill is, in itself, not only a justifiable source of frustration for professionals and stakeholders in the pharmaceutical and health sector, but also an understandable cause of concern.

The reasons for these negative feelings should be glaring enough, considering the critically essential objectives that the bill seeks to achieve. Most stakeholders had harboured great expectations that the bill, passed by the National Assembly towards the end of 2017, would be expeditiously attended to and signed into law by the president to accelerate the process of transforming the health sector and further safeguarding the well-being of the citizens. 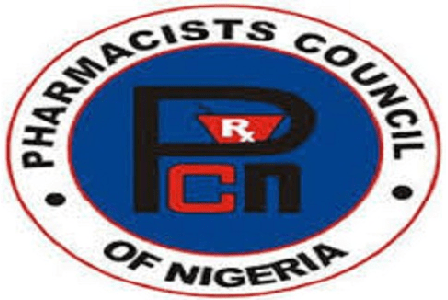 The new bill, when signed into law, is expected to strengthen the Pharmacists Council of Nigeria (PCN) and empower the Council to better deliver on its regulatory mandate. The bill also has adequate regulatory framework for pharmacists and other cadres in the pharmaceutical workforce in the country. Added to this is that the bill appropriately addresses the concept of satellite pharmacy, which seeks to enhance the provision of pharmaceutical care services to all  Nigerians across the country, especially those in the rural areas.

Most importantly, the new bill seeks to ensure that there are adequate penalties for various drug offences, as the existing measures have persistently failed to serve as deterrents to people who violate the provisions of pharmacy laws.

It should therefore be a source of bewilderment that this bill, which presents unprecedented prospects to help the nation tackle not just the challenges in the pharmaceutical sector but also other social, health and economic problems like drug abuse and proliferation of fake drugs, is being delayed and turned to a seedbed of rumours.

While we acknowledge that it is the prerogative of the president to properly vet and, if necessary, ask for amendments of bills sent to him for assent, it must be emphasised that health-related issues are such that cannot be left unaddressed for too long, as the repercussions can be very costly and sometimes irreversible. Indeed, the root of the myriad of problems bedeviling the nation can be traced to foot dragging on important issues that require prompt action.

We again affirm our belief and hope that the reports of the bill missing are mere offshoots of the widespread frustrations over the delay in signing it. We do not wish to accept the possibility that such an important document could explicably vanish from the custody of the government. That possibility would not only jeorpardise the hope of putting an end to the hazards that Nigerians face daily from the activities of drug charlatans but would further engender rift in the health sector. Worst of all, it would deal a severe blow to the image of the present government.

We therefore call on President  Buhari, once again, to put an end to the simmering tension and agitations over the Pharmacy Bill, by promptly looking into it and taking necessary actions. Mr President, please, make this happen quick.