In order to accelerate the elimination of cervical cancer in the world for the next 100 years, the World Health Organization (WHO) has recently launched global strategy.

Dr Tedros Adhanom Ghebreyesus, WHO’s Director General said the strategy outlines three key steps which are vaccination, screening and treatment, adding that the successful implementation of all three could reduce more than 40 percent of new cases of the disease and 5 million related deaths by 2050.

The WHO boss added that cervical cancer is one of the most preventable and treatable forms of cancer, as long as it is detected early and managed effectively.

He also said that today’s development represents a historic milestone because it marks the first time that 194 countries commit to eliminating cancer – following adoption of a resolution at this year’s World Health Assembly.

“Eliminating any cancer would have once seemed an impossible dream, but we now have the cost-effective, evidence-based tools to make that dream a reality,” said Ghebreyesus. “But we can only eliminate cervical cancer as a public health problem if we match the power of the tools we have with unrelenting determination to scale up their use globally.”

Cervical cancer is a preventable disease. It is also curable if detected early and adequately treated. Yet it is the fourth most common cancer among women globally. Without taking additional action, the annual number of new cases of cervical cancer is expected to increase from 570 000 to 700 000 between 2018 and 2030, while the annual number of deaths is projected to rise from 311 000 to 400 000. In low- and middle-income countries, its incidence is nearly twice as high and its death rates three times as high as those in high-income countries.

“The huge burden of mortality related to cervical cancer is a consequence of decades of neglect by the global health community. However, the script can be rewritten,” says WHO Assistant Director-General Dr Princess Nothemba (Nono) Simelela. “Critical developments include the availability of prophylactic vaccines; low-cost approaches to screening and treating cervical cancer precursors; and novel approaches to surgical training. Through a shared global commitment to the Sustainable Development Goals and leaving no-one behind, the countries of the world are forging a new path to ending cervical cancer. “

Simelela said the COVID-19 pandemic has posed challenges to preventing deaths due to cancer, including the interruption of vaccination, screening and treatment services; border closures that reduced the availability of supplies and that prevent the transit of skilled biomedical engineers to maintain equipment; new barriers preventing women in rural areas from travelling to referral centres for treatment; and school closures that interrupt school vaccine programmes.

To the extent possible, however, WHO urges all countries to ensure that vaccination, screening and treatment can continue safely, with all necessary precautions.

“The fight against cervical cancer is also a fight for women’s rights: the unnecessary suffering caused by this preventable disease reflects the injustices that uniquely affect women’s health around the world,” says Simelela. “Together, we can make history to ensure a cervical cancer-free future.”

The launch is being celebrated with a day of action across the globe, as ministries of health, partners, and cancer advocates engage in activities to improve access to cancer prevention and treatment for girls and women. 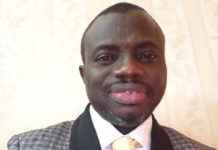 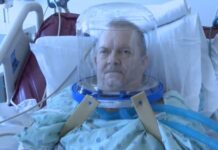