Chairman of Drugfield Pharmaceuticals Limited, Pharm. Ayodele Adedipe, is not a run-of-the-mill pharmacist. With a vast experience spanning over four decades in pharmaceutical manufacturing, Adedipe is one pharmacist you just cannot ignore.

In this interview with Adebayo Folorunsho-Francis, the 80-year-old former chairman of the Manufacturers Association of Nigeria (MAN) spoke on why pharmacists need to specialise and why he thinks local manufacturing is the way forward.

Tell us a bit about yourself

Ayodele Adedipe was born in Lagos on 24 July, 1934, into the family of Mr and Mrs John Bankole  Adedipe of Ibadan. I had my primary education at Government School, Epetedo, Lagos, and gained admission into Kings College, Lagos, on full boarding scholarship in 1949. By 1953, I got a pass with grade one in my School Certificate and proceeded on government scholarship as one of the pioneering students into the newly established Pharmacy course at the Nigerian College of Arts, Science and Technology, Ibadan, which became the forerunner of the Faculty of Pharmacy at University of Ife (now Obafemi Awolowo University) Ile-Ife.

How active were you back then at the Nigerian College of Technology?

When was your first official assignment as a qualified pharmacist?

That was around 1959 when I joined the federal civil service as a government hospital pharmacist at the General Hospital, Lagos. I was subsequently posted to Federal Medical Stores, Oshodi. By 1962, I was appointed acting federal medical storekeeper. That same year, I was transferred to the then newly-established Federal Pharmaceutical Manufacturing Laboratory, Yaba, as a production pharmacist.

Sometimes, God has a way of doing things. In 1963, I won a British Commonwealth Scholarship to undergo internship as a production pharmacist for six months with Boots Pure Drugs Company at Boots Production Factory in Beeston, Nottingham, England.

Why did you decide to leave the civil service?

My decision to leave the civil service for Haco Nigeria Limited, Apapa (a member of John Holt Group and manufacturer of cosmetics and allied products) in 1965 was a personal decision. I started as assistant production manager before I got promoted to the post of technical manager in 1967. Interestingly, that same year I moved to Wellcome Le Petite Nigeria Limited, Ikeja, as a product manager. As time went by, I was appointed as the company’s representative at the Manufacturers Association of Nigeria (MAN), Ikeja branch, where I served in several committees. In fact, I was appointed to further render my service as a company representative at the Nigerian Employers Consultative Association (NECA).

It appears your active participation in MAN brought you some level of recognition?

As you can see. In fact, by 1970, I recalled winning another scholarship to study production management at ILO International Centre for Advanced Technical and Vocational Training in Turin, Italy, for a period of thee months. Shortly after my return from Europe, I was officially elected a member of MAN’s executive council.

Was that when you became MAN chairman?

We understand you were running it withsome other notable appointments.

Your observation is right. During this period, I also served as representative on several boards such as Yaba College of Technology, Nigerian Youth Service Corps and Faculty of Pharmacy, Ile-Ife (1975-1977). I was also instrumental to the implementation of the first phase of Indigenisation Decree as a representative of NECA.

You are yet to mention anything about PSN-related events. Is it possible you didn’t participate much in the area of pharmaceutical activities?

That is not true.I was chairman of the Lagos branch of the PSN(from 1975 to 1978) and a member of the Pharmacists Board of Nigeria (1976-1978). I once served as a member of PSN National Secretariat Building Committee (1982-1985) and was mostly responsible for acquiring the land allocation at the Profession Circle, Victoria Island, for the project. I was gladdened by the letter of commendation issued me by the council of the PSN. I reached what I can call the pinnacle when I was elected Deputy President of PSN (1982-1985).Lest I forget, I was also appointed member of a task force tagged ‘The Drug Panel’ organised under Prof. Gabriel Osuide by the then Gen. MurtalaMuhammed’s administration.

With all these activities happening at the same time, how did you cope with your official work at Wellcome?

Well, what more can I say? I left Wellcome Nigeria to set up Fountain Pharmaceutical and Chemical Supplies Limited in 1977. The company was a pure wholesale organisation which took over from J. L. Morrison Nigeria the sale and distribution of Wellcome products in Lagos, Ogun and Ondo markets for a period of 20 years. Lest I forget, I have also been privileged to serve on the Health Management Boards of Lagos State (1979-1983) and Ondo State (1991-1992).

READ
What You Need To Know About Cardiac Arrest

What was the profession like in your day compared to today’s Pharmacy practice?

Whenever I am asked this kind of question, I always reply that nothing is permanent in life. Back in my day, we were more of pioneers. Today, lots of changes have taken place. One, the economy of Nigeria is different. Two, the socio-political aspect too is not the same. Simply put, I consider myself lucky in life. It is unfortunate that military intervention has seriously retrogressed this country. Back in the day, the likes of Professors. Osuide, Akubue and Dr Emafo were given scholarship to study abroad. But I wasn’t interested as I preferred manufacturing.

There is nothing much to discuss about Drugfield, other than to say I have served on the board of the company as a director for over a decade before I was currently made the chairman. It was here that I came in contact with the late Fred Adenika.

Do you mean the late Fred Adenika, former PCN chairman?

Of course. He was then the chairman while I was a director. His death was really painful. Such a very nice fellow he was! But again, that is what life is all about. Isn’t it? Drugfield is one of the leading pharmaceutical manufacturers specialising in production of ointments and sterile products. As expected of any serious company, KunleEkundayo(the managing director) is a highly committed person. He was the one who invited me to Drugfield in the first place. It wasn’t an easy route. We also thank God for people like Prof. Dora Akunyili. She really helped in the fight against counterfeiters who almost made mincemeat of us with fake drugs. The frustration from these fakers has forced many pharmacists to shun local production. But, in truth, manufacturing is the way to go in this country. We have no ready-made materials. At least, we are proud to have started the process of bringing in students for production training.

What informed your decision to study Pharmacy, or were you influenced?

Back in King’s College, my favourite subjects were Chemistry and History. However I wanted a profession that would give me freedom. I would have opted for history and ended up in one big organisation. But I fancied embracing self-employment more than anything. In fact, I had the option of studying History at the University of Ibadan. Instead, it dawned on me that Pharmacy was a better choice for me.

Over the years, you must have seen many PSN Presidentscome and go. Was there one who really made a lasting impression on you?

I cannot really speak for all. But I have worked as a deputy with Pharm. SamuelAgboifo who in my opinion did really well.

You seem to advocate manufacturing as the way forward for the Nigerian economy. How come Nigerian manufacturers are not getting it right?

The reason is simple. It is because we are inconsistent. For instance, we produced mosquito repellent (NIAM Herbal Cream) which initially moved well in the market. Unfortunately, there was no follow-up because some people started playing politics with it. At a point, I got Drugfield involved in the project; it still didn’t get the right attention.

What advice do you have for upcoming pharmacists?

They need to stay focused. As much as possible, they should look for areas of specialisation (either in community, distribution, academia or even hospital pharmacy). They must learn and specialise in any defined area chosen. For instance, the people packaging Moringa herbal preparations are not pharmacists. Yet they are doing well.These are the type of people government should encourage and back up.

Are you saying pharmacists are not good investors?

If you ask me, I will tell you that we pharmacists are not good businessmen. If there are areas where we are not good enough, what stops us from inviting professionals to help us generate ideas?But we don’t bother thinking about all these. We have no business quarrelling with doctors. I know things have not changed but opportunities abound out there. Let us seek and get them. But when we eventually get them and realise they are too big to handle, let us look for areas of specialisation. 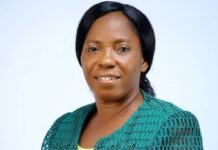 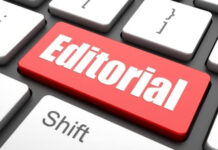 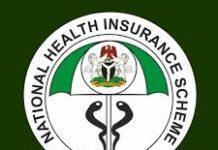