As Nigerians join the rest of the world to celebrate World Sickle Cell Awareness Day, the World Health Organisation has revealed that 20% to 30% of Nigerians are carriers of the gene responsible for the disease.

The apex global health institution via its Media Release listed other African countries like Ghana, Cameroon, Gabon, Republic of Congo to have the same burden of disease, while Uganda is said to have the highest load of the condition.

The document reads in part: “In countries such as Cameroon, Republic of Congo, Gabon, Ghana and Nigeria the prevalence is between 20% to 30% while in some parts of Uganda it is as high as 45%.” 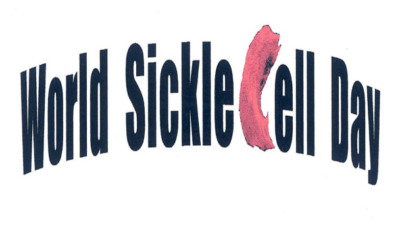 Since 2008, World Sickle Cell Awareness Day has been held annually, in order to help increase public knowledge and raise awareness of Sickle Cell Disease (SCD) and the struggles sufferers and their families go through.

The date 19th of June was chosen to commemorate the day on which a resolution was officially adopted by the General Assembly of the United Nations, recognising SCD as a public health concern.

These blood clots can cause extreme pain in the back, chest, hands and feet. The disrupted blood flow can also cause damage to bones, muscles and organs. People with sickle cell disease often feel weak, tired and look pale. The whites of the eyes and skin often have a yellowish tint.

Environmental factors often play a role in the occurrence of painful attacks. Common triggers include cold temperatures, dehydration, excessive amounts of exercise and tobacco smoke. Other triggers such as plane flights and high altitudes can also trigger an attack.

READ
FG, May & Baker Vaccine to Be Ready By 2021-Nnamdi Okafor

In the African region, the majority of children with the most severe form of the disease die before the age of 5, usually from an infection or severe blood loss. In countries such as Cameroon, Republic of Congo, Gabon, Ghana and Nigeria the prevalence is between 20% to 30% while in some parts of Uganda it is as high as 45%.

It is estimated that each year over 300 000 babies with severe forms of these diseases are born worldwide, the majority in low and middle income countries.

Approximately 5% of the world’s population are healthy carriers of a gene for sickle-cell disease or thalassaemia. The percentage of people who are carriers of the gene is as high as 25% in some regions.

These conditions are most prevalent in tropical regions; however population migration has spread these diseases to most countries.

Thalassaemias are the most common in Asia, the Mediterranean basin, and the Middle East, while Sickle-cell disease predominates in Africa.

Haemoglobin disorders are inherited from parents in much the same way as blood type, hair colour and texture, eye colour and other physical traits.

Sickle-cell disease and severe forms of thalassaemia (thalassaemia major) can occur only when both parents are carriers of trait genes for the particular condition. A child who inherits two of the same trait genes – one from each parent – will be born with the disease. However, a child of two carriers has only a 25% chance of receiving two trait genes and developing the disease, and a 50% chance of being a carrier. Most carriers lead completely normal, healthy lives.

How to reduce haemoglobin disorders

Haemoglobin disorders can be effectively reduced through a strategic balance of disease management and prevention programmes.

Sickle-cell disease can be managed by simple procedures including:

vaccination and antibiotics for the prevention and treatment of infections

a number of other therapeutic measures.

Thalassaemia major requires regular blood transfusions to maintain an adequate supply of haemoglobin and sustain life. As a result of multiple transfusions, organs become severely overloaded with iron and a specific treatment is needed to manage this condition. Thalassaemias can be cured by a successful bone-marrow transplant, however this procedure is expensive and not readily available in most settings. Recently, gene therapy has been successfully applied to a patient with thalassaemia.

The most cost-effective strategy for reducing the burden of haemoglobin disorders is to complement disease management with prevention programmes. Inexpensive and reliable blood tests can identify couples at risk for having affected children. This screening is especially opportune before marriage or pregnancy, allowing couples to discuss the health of their family. Subsequent genetic counselling informs trait carriers of risks that the condition may be passed along to their children, the treatment needed, if affected by a haemoglobin disorder, and the possible options for the couple. Prenatal screening of genetic diseases raises specific ethical, legal and social issues that require appropriate consideration.