The Association of Hospital and Administrative Pharmacists of Nigeria (AHAPN) has drawn the attention of the federal government to the need for a pharmacists’ trade union, noting that the continued absence of such a union has led to the marginalisation of pharmacists in the last ten years.

The association cited the absence of pharmacists in the recently organised meeting of healthcare professional groups with government, saying all groups in the health sector were represented, except pharmacists.
The association also asked the federal government for an immediate upward review of the salaries of pharmacists, as enshrined in the Consolidated Health Salary Structure (CONHESS) table for healthcare professionals.

AHAPN, in a press release jointly signed by its National Chairman, Dr Kingsley Amibor and the National Secretary, Dr Hafiz Ola Akande, also requested for the payment of their two months withheld salary arrears of April and May 2018.

The pharmacists explained that AHAPN had applied severally to government for registration as a trade union for over ten years without success. 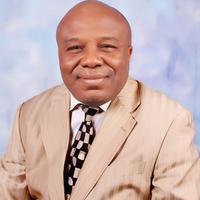 “Pharmacists were conspicuously missing in the negotiations. Neither our parent body, the Pharmaceutical Society of Nigeria (PSN), nor AHAPN was invited to that meeting. This is how pharmacists have been short-changed and marginalised in the past ten years or so and we are saying ‘enough is enough!’ We certainly cannot continue like this any longer.

We demand the registration of a pharmacists’ trade union that will adequately represent the interests of pharmacists in Nigeria with immediate effect”, they insisted
The hospital pharmacists argued that they can no longer continue to be lumped with the amorphous Nigerian Union of Pharmacists, Medical Technologists and Professions aligned to Medicine (NUPMTPAM), which the government has confined the association to over the years.

They further expressed their grievances against the government for its failure to review the salary structure of other health professionals, having adjusted that of medical doctors twice over a period of six years.