The National Industrial Court on Tuesday in Kano ordered the Kano State government to redeploy the 894 health workers it transferred to other agencies from the Hospital Management Board, and refund their salaries deducted for 27 months.

The state government had on September 6, 2016, through the office of the Head of Service, redeployed the affected workers to other agencies and changed their salary structure from Consolidated Health Salary Structure (CONHESS) to Harmonised Public Service Salary Structure (HAPSSS).

Irked by the government’s action, the affected workers, under Nigerian Civil Service Union, Kano Hospital Management Board Chapter, on July 3, 2017, dragged the state government to Industrial Court, challenging the action.

The plaintiffs, through their counsel, Surajo Ali, told the court that being employees of Kano State Hospital Management Board, they were entitled to continue to enjoy the CONHESS salary structure.

“The Kano Hospital Management Board is a body established by law of Kano State, and saddled with the responsibility and powers to recruit, employ, train, transfer and promote its employees,” he said.

He argued that the complainants were subject to transfer within the zonal office of the Kano State Hospital Management Board, and their transfer was within its powers, not the Head of Service.

“Their transfer as a result of the circular issued by Head of Service, they were affected negatively to the effect of a transfer and posting out of Kano State Hospital Management Board and its zone.

The plaintiffs, therefore, prayed the court to declare the circular as void and of no effect whatsoever to them.

Delivering the judgment, Judge E. Isiele ordered the state government to redeploy the affected workers to their former station and refund all the salaries deducted for the 27 months.

He also thanked the judge for granting five out of six of their prayers.

However, In his remarks, the defence counsel, Mukhtar Daneji, faulted the judgement, saying they will file an appeal. 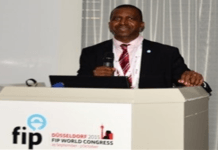 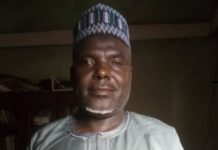