A German court on Tuesday handed a life sentence to a 38-year-old former nurse for the murder of three of his patients by injecting an insulin overdose. The nurse had access to insulin as he is diabetic.

He refused to give evidence in court but at the end of the trial apologised to relatives of his victims. “What I did was very cruel and remains cruel,’’ he said.

In sentencing, the man, who is a Polish citizen, the court in Munich said the severity of his crimes effectively ruled out early release after 15 years as is normally the case with life sentences in Germany.

The initial charges concerned six murders, but the prosecution reduced the number to three. In other cases, charges of attempted murder and causing grievous bodily harm were brought.

In four further cases, the prosecution called for acquittal, as there was no proof that the insulin injections had led to death.

This decision led to sharp criticism from lawyers representing families of the deceased.

The case is one of a number of recent similar cases, the most prominent of which concerned serial murderer Niels Hoegel, who was sentenced to life in prison after being found guilty of killing 85 patients while working as a hospital nurse, also by administering lethal injections. (dpa/NAN) 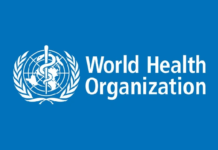 What Does “Affinity” Mean?