The Lagos State Government has stated that its Isolation Centres will henceforth admit only severe cases of COVID-19, as the state is in her active community transmission stage.

Commissioner for Health, Prof. Akin Abayomi disclosed this on Thursday, saying it became necessary to adopt the new strategy, as the state has exceeded her containment stage.

He said:” We have exceeded the containment phase now. We are at the active community transmission stage.

“We will be concentrating on people with severe cases and isolating them, while mild cases will be managed at home. Our attention is shifting to community-based isolation”.

Abayomi’s statement came on the heels of the last update of the infection as disclosed by the Nigeria Centre for Disease Control, NCDC, Wednesday night, with Lagos State leading with 199 cases out of the 284 new cases announced in the country.

With the recent move by the state, there is a possibility of limited bed spaces, despite the recent increase in capacity of the eight Isolation Centres, as revealed by the commissioner.

Although the state had initial plans of converting some general hospitals to isolation centres to avoid running out of bed spaces, but it down turned the idea, due to the fear of spreading the disease in the different areas where the hospitals are located.

The eight isolation centres with their capacities as revealed by Abayomi recently are:

Currently, the NCDC put the national tally at 6,677, discharged patients at 1840 and the recorded deaths at 200. 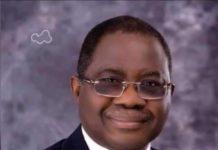 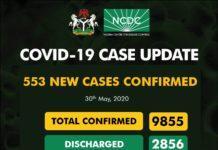