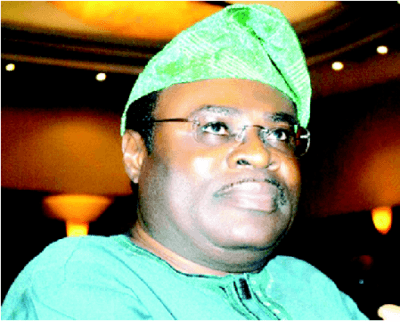 A former commissioner for health in Lagos State, Dr Leke Pitan, added his voice to the growing call for the federal government to increase the budgetary allocation to healthcare in the country, while equally calling on stakeholders to ensure judicious use of this year’s allocation.

Dr Pitan, a winner of the National Merit Awards of the Nigerian Medical Association (NMA) and the Association of General and Private Medical Practitioners of Nigeria (AGPMPN), respectively, made the call during an interview with pressmen at the Healthcare Providers Association of Nigeria (HCPAN)’s 12th Annual General Meeting and Scientific Conference, held last December at the NECA House, Ikeja, Lagos.

DLP, as he is fondly called by his supporters, further said that poor funding aside, the main challenge of the health sector is the modality for spending allocations to the sector, noting that the bulk of this allocations go for payment of salaries and allowances.

He said these payments could be better channeled towards provisions that would boost the productivity of health personnel and improve the general working environment in the health sector.

“For instance, we have so many professionals and experts in the healthcare sector in this country who don’t do enough, probably due to inadequate facilities and healthcare equipment; but they are getting their salaries regularly and the payments are being drawn from the sector’s meagre allocations.

Dr Pitan, whose tenure as the commissioner for health in Lagos saw the creation of the first Health Service Commission in Nigeria, stated that the health sector in the previous years, especially 2016, did poorly, adding that the trend may be same or even worse in the current year, if concrete steps are not taken to make necessary changes.

According to him, “We ought to have moved beyond where we are and sincerely if we had moved rapidly the way we should, the number of people who travel abroad for medical care would have reduced drastically. This is the time we need to reduce the number of those who go overseas for medical care the most. This can be done by standardising our healthcare delivery system and improving our medical infrastructures, so that people don’t have to take dollars outside; thereby growing our dwindling economy.”

He further advised the federal government to be more pragmatic about managing the sector by engaging the private sector. This, he said, would accelerate the expected positive changes in the sector, and the masses would be the better for it.

“Government should not see this as a means of assisting the private sector because the collaboration will also provide opportunity for training and development of health workers.” He added

Speaking on the challenges posed to the sector by the current economic downturn, the medical expert and astute politician advised that the country can only come out of recession if the government can be proactive in ensuring that the country becomes a producing, rather than a consuming, nation.

He also advised Nigerians to patronise more of locally made products, saying that this is the only guarantee that those in the business of manufacturing will survive and that it is only when they survive that the recession will become a thing of the past.

“If we all understand that it is only when the country is productive and not only relying on products from outside world that the country can come out of recession,” he said.

“Prior to our administration, it was difficult to get ambulances from government hospitals to convey very sick patients and accident victims to hospitals, so we created the existing Lagos State Ambulance Service and I personally went round Lagos State to identify strategic locations of the ambulances in order to respond quickly to emergencies, rather than having them parked at the hospital premises and it came at free cost to Lagos State residents,” he said.

He added further that Lagos State government through his ingenious initiative remains the first in the history of Nigeria’s healthcare management to perform open heart surgeries on patients, adding that some of the ongoing services of the public health sector of Lagos State government which include, creation of the first Health Service Commission in the country, creation of the first HIV/AIDS Control Agency in Nigeria, creation of Blood Transfusion Screening Centre with the first enabling blood transfusion law in Nigeria, among others were initiated by him.