The Nigerian Association of Patent and Proprietary Medicine Dealers (NAPPMED) has begun fresh agitation to have the federal government replace the Pharmacists Council of Nigeria (PCN) with the Federal Ministry of Health (FMOH) as its regulator.

In an interview with Pharmanews, Alhaji Abubakar Avallah, immediate past vice president of NAPPMED explained that it was wrong for the federal government to add the association with pharmacists and pharmacy technicians under the same regulator.

Avallah further disclosed that there had been a growing discontentment among members over the manner pharmacists see them as second-class citizens, adding that they therefore consider it an aberration for the federal government to lump them together.

“We ought to be partners in progress but they (pharmacists) continue to see us as a threat and always seek to make the rest of us – pharmacy technicians and patent medicine dealers – look bad.

“Pharmacists have monopolised the pharmaceutical industry for too long. We want the federal government to mandate the PCN to regulate only pharmacists and allow NAPPMED to be directly under the umbrella of the ministry of health,” he said.

In his summation, there is a noticeable presence of, at least, a patent medicine dealer in the entire 774 local government councils in the country but the same cannot be said about pharmacists whose membership strength, he declared, was lamentable.

“We have a minimum of 10,000 members in each state who cover up for the absence or limited presence of pharmacists. This is why I think we deserve some level of respect,” he said.

However, in a swift reaction, PCN’s spokesperson, Peter Illiya, has dimissed NAPPMED’s allegations and agitation as “absolutely baseless and frivolous.”

Speaking with Pharmanews, Illiya stressed that it was not the position of NAPPMED to dictate to the government on its regulator.

“I am sure it is probably because the PCN is now hitting them hard in terms of compliance and regulation that they want the FMoH to regulate them. Of course, these patent medicine dealers know the ministry doesn’t have offices all over the country. That is why they think they would have a field day,” he opined.

It would be recalled that a Federal High Court in Akure dismissed the suit filed by NAPPMED against the PCN in 2016.

In his verdict in Akure, Ondo State in the suit no: FHC/AK/CS/01/2004 which sought to stop the PCN from regulating activities of members of NAPPMED, Justice F.A. Olubanjo dismissed NAPPMED’s prayers for lacking in merit.

The judge further held that the PCN Act of 1992 empowers the council to regulate the affairs and functions of Pharmacy and matters related to the pharmacist profession.

According to him, the minister of health has the power to make regulations under section 53 of the Pharmacy Act, and has appointed the PCN as the licensing authority to issue licence of patent and proprietary medicine vendors in Nigeria, through a letter dated April 14, 2003.

In his ruling, Olubanjo affirmed that by section 36 of the Poisons and Pharmacy Act Cap 535 Laws of the Federation of Nigeria 1990, the Minister of Health has the power to prescribe the second defendant (PCN) as the licensing authority for the issuance of PPMVL.

In Nigeria, patent and proprietary medicine vendors (PPMVs) or NAPPMED as a body comprises persons without formal training in Pharmacy who sell orthodox pharmaceutical medicines for common illnesses.

Currently, there is no database to capture the number of PPMVs in the country, but it is estimated that their membership strength (both registered and unregistered outlets) is in the range of 500,000.

PPMVs are often the first source of care for most patients in rural areas where they are permitted to sell a limited number of over-the-counter (OTCs) medicines but prohibited from selling prescription-based medications. 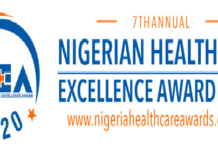 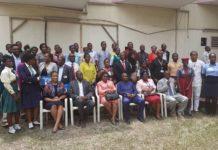 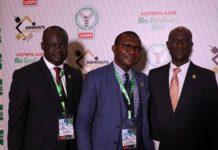