The Nigeria Centre for Disease Control has recorded 1,368 new cases of COVID-19, bringing the total number of infections in the country to 148,296.

The NCDC disclosed this on its official Twitter handle in the early hours of Wednesday.

The News Agency of Nigeria reported that the new infections registered today doubled the 574 cases reported on February 15.

The agency also registered 16 COVID-19 deaths, raising the total fatality in the country to 1,777. 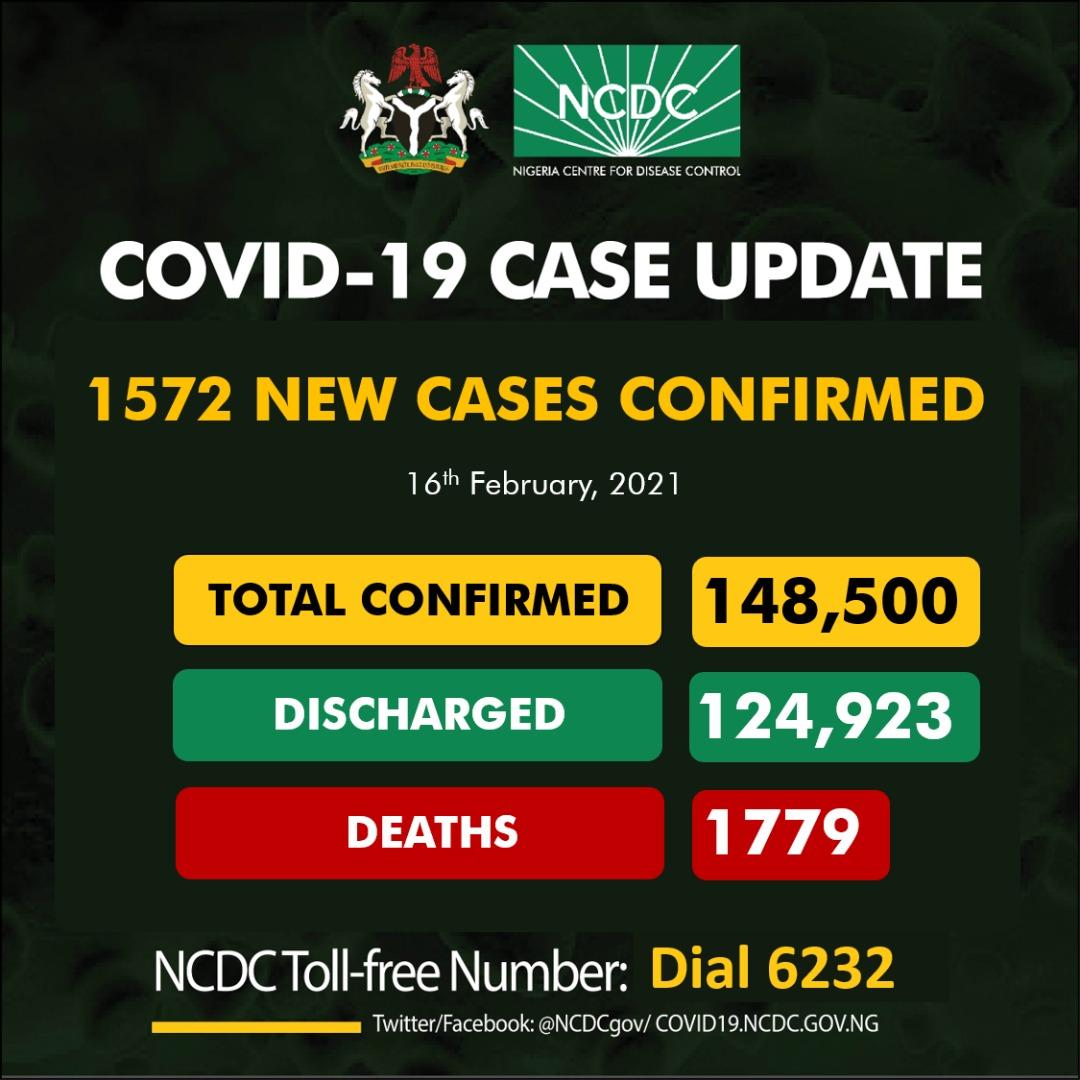 It stated that the 1,368 new infections were reported from 27 states and the Federal Capital Territory.

The NCDC stated that Anambra State registered the highest infections for the first time since the pandemic broke out in February 2020, in the country.

It noted that of the 1,368 new cases, Anambra posted 344 cases, despite not recording any case the previous day, followed by Oyo State which also witnessed a rise in infections after recording 172 cases and the FCT in the third position confirmed 148 infections.

NCDC stated that data from Enugu State covered the last two days and a backlog of deaths reported from Abia State.

The public health agency stated that at least 1,474 people had recovered and been discharged from isolation centres across the country in the last 24 hours, bringing the total number of people who had been discharged after recovery to 124,483.

It noted that the discharged recorded on Tuesday included 762 community recoveries in Anambra State, 132 in Plateau and 126 in FCT.

The agency said that there were now 22,036 active cases across the country.

NAN recalls that the country has tested 1,441,013 people since the first confirmed case relating to the COVID-19 pandemic was announced on February 27, 2020.