Nigeria has recorded new 745 cases of COVID-19, making a total of 18480 cases since the outbreak of the infection in the country.

Nigeria Centre for Disease Control, NCDC statistics as released at 11:55 PM on 18 June, revealed that the no new state has reported a case in the last 24 hours. 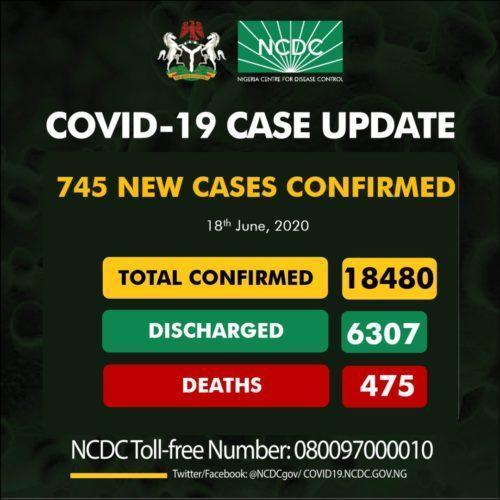 The agency said it recorded six deaths on Thursday, making total fatality from the infection 745 in the country, while a total of 6307 patients have fully recovered and discharged.

According to its daily update on its Twitter handle, the agency said: “On the 18h of June 2020, 745 new confirmed cases and six deaths were recorded in Nigeria.